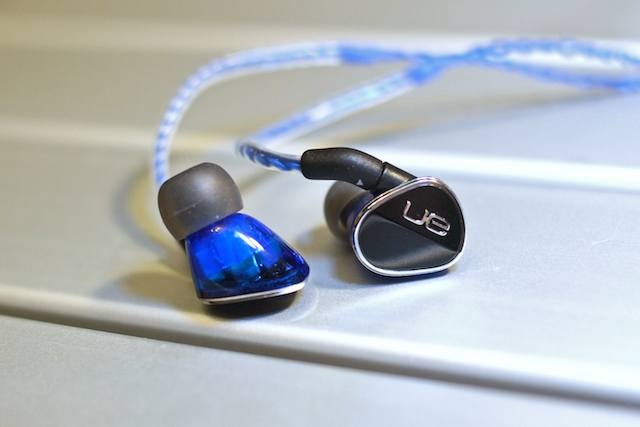 When one company swallows another, it’s common for a slow shift in rebranding and design to occur as the two entities thrash out their roles and relationship. The latest shift in the Logitech-Ultimate Ears story — Logitech purchased UE in 2008 — occured a month or so ago, when Ultimate Ears was rebranded as Logitech UE and launched a suite of high-end, blue-tinged soundware, with a product selection that reached far beyond the in-ear monitors the company has thus far been known for. In fact, out of seven new gadgets, just one new IEM was introduced: the Logitech UE 900 ($400), a quad-armature earphone that now sits at the pinnacle of UE’s non-custom earphone line.

Like the rest of the new Logitech UE lineup, the UE 900 has been accented in shocking blue; how much you like the look of the 900 will depend largely on how much a fan you are of this color. I thought they looked pretty slick, and the housings are much less bulbous and stuck out of my ears less than the Triple Fi housings did (a common complaint with the Triple Fi).

One big change from the TripleFi is that the 900s sport a funky rotating cuff where the housing meets the detachable cable. It’s a bizarre design change, as the 900’s tips are now significantly more of a pain to insert than the TripleFi’s were — the rotation gave the 900s a kind of maddening puzzle feel to them, where I had to first fumble around with the arrangement of the eartips before insertion, then keep them from moving around as I was inserting them. I thought I’d get used to the process, bit that never quite happened, and the frustration was enough to discourage me from removing or inserting them sometimes.

But once in they felt just like old friends, with a great fit largely thanks to the excellent selection of included eartips — among them an extremely generous complement of four diffirently sized sets of outstanding Comply foam tips. If the Comply tips wear out, or if for some crazy reason you don’t like them, Logitech also included four sets of differently sized silicone tips, which were almost as good. For added sticking power, the cable ends have bendable wires that I could mold around the outside of my ears, Something you’ll find in many high-end sets (including the TripleFi).

The buttons and microphone are exactly the same as on the Ultimate Ears 600vi we tested a year ago; it’s a well-designed control that allows track and call control, and volume for iPhones. I’m not a big fan of the braide cable, as it tended to be noisier than the smooth sheath of the TripleFi.

Logitech changed the sound from the TripleFi too, but it’s a bit of a surprise. Where the TripleFi had one armature for bass, adding up to three total in each ear (with the mid-range driver and the treble driver), the 900 has two armatures in each ear devoted to bass, for a total of four drivers in each ear. Yet the 900 actually sounded less bass-y than its predecessor. In fact, the sound was much more neutral, and the 900 sounded much more like a reference set. Highs, mids and bass sounded beautifully balanced and blended, as if emphasis were delicately distrubted almost evenly within the spectrum. I say almost, because the 900 still exhibited low-end punch; but these certainly aren’t a bass-lovers choice. Rather, they’re a more mature set, and work extremely well for listening to music with lots of nuance, like Ruben Gonzalez’s piano work on Buena Vista Social Club or Bonobo‘s electronica. That’s not to say it’s a reference set, because it isn’t; but it’s certainly close to the neutral end of things.

Besides the eight sets or eartips, the 900s come with an astonishing set of extras, all of which are useful. There’s a hard case, a soft case, an easily replaceable extra cable (with a little twist the leads just pop right out of the housing), an attenuator and a quarter-inch jack adapter. The extra cable lacks controls, but it’s grey, providing an alternive if the blue is too much for you.

Quirky ergonomics and expense aside, the Logitech UE 900s are a fantastic set of earphones with excellent, reference-like sound and all the fixin’s, without the expense of a custom-molded set. 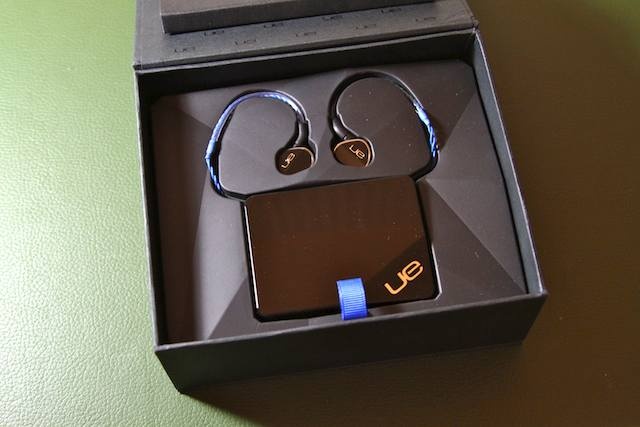 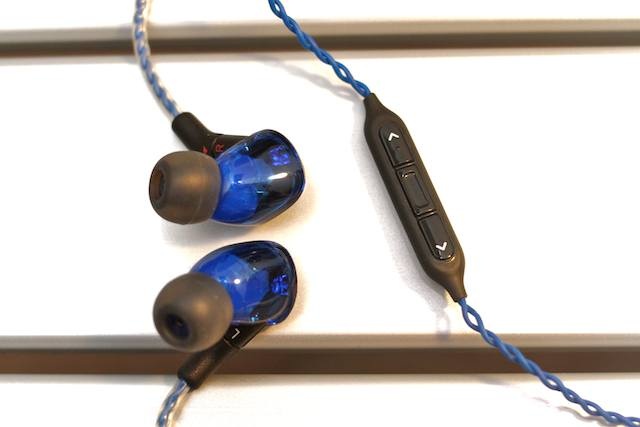 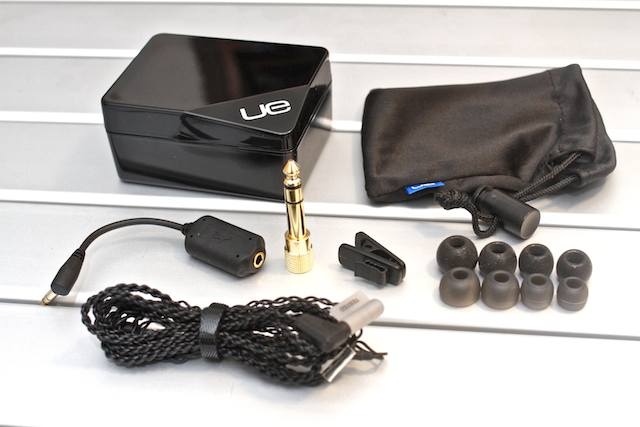 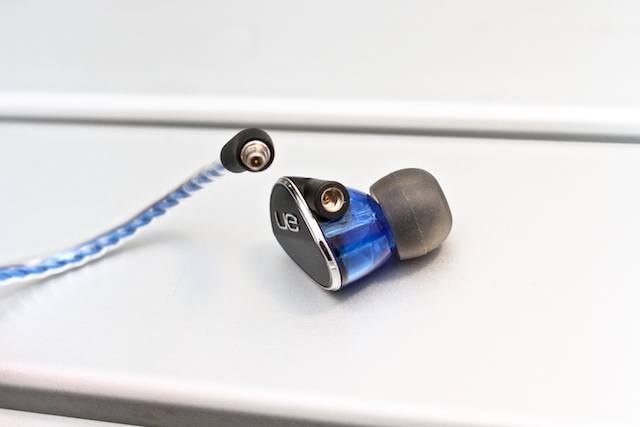