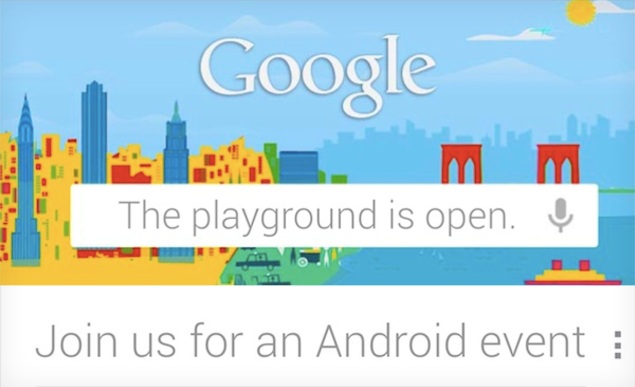 Looks like “the playground is open.” That’s been Google catchphrase with the Nexus 7 and now it looks like Google will be expanding that playground with an event in NYC on October 29. The invite resembles Jelly Bean’s Google Now feature, so we’re guessing this event will have something to do with a Nexus and possibly an updated version of Jelly Bean. Maybe we’ll finally hear more about the whole “Nexus program” that’s been floating around. And there’s always the 32GB Nexus?

There’s no telling what Google has up its sleeves, but we’ll all find out soon enough. Google will be live streaming the event from http://www.youtube.com/android so be sure to mark your calenders and set your reminders.