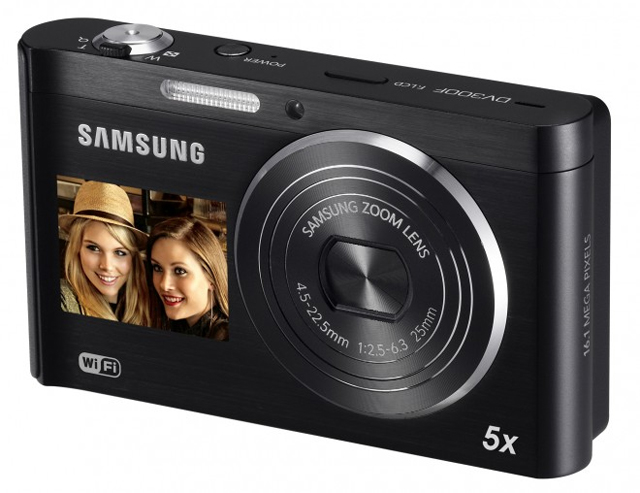 Samsung has announced its first DualView Camera capable of both Wi-Fi connectivity and Android control (via an Android device and the Samsung Remote Viewfinder app). The camera itself builds on the success of Samsung’s DualView technology and features a 1.5” front facing LCD screen, allowing subjects to view themselves and ensure you’re shooting their “best side.” There’s a lot of handy uses for the front facing LCD, such as child animations, which help keep children engaged and focused, allowing for that perfect shot. Samsung also introduces Wi-Fi connectivity, allowing the DV300F to:

Now for the part everyone here cares about: Android control. With the DV300F and a compatible Android device, users can download Samsung’s Remote Viewfinder app from the Android Market. This app will allow you to remotely control your DV300F and perform various tasks such as:

We live in a day and age where mobile connectivity is almost a requirement, so it’s no surprise to see point-and-shoot’s adopting these features. It’s still a tough sell for the majority of us smartphone users who are now equipped with all the camera features necessary, making carrying around one less device that much more convenient.