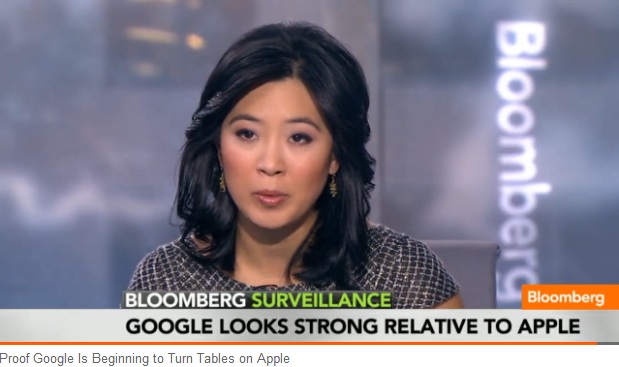 There was once a time when people believed no company would ever be able to knock Microsoft from the top. Then Apple came along with their iDevices and created a culture revolution whilst catapulting themselves to the top of the technology heap. While Apple has continued to dominate the top position, Google has slowly grown from a beta search engine run by two Stanford University students to a tech giant shaping the future with its driverless cars, smart glasses, and open-source mobile operating system.

Google’s innovation and future driven goals has both consumers and investors intrigued. Not all of Google’s projects explode quite like Android, but if one thing is clear, it’s that Google is willing to take risks — and some of those risks pay off very well (Android).

Google continues to challenge markets once dominated by others and is having surprising success. Their Chrome Browser has become the leading browser, Android has become the leading mobile operating system and they’re set to replace Facebook as the largest outlet for display advertising, not to mention the incredible growth of Google+ as a social network.

Others have tried to push into Google’s dominating markets such as search, but none have had similar success (see Bing). Google continues to push the envelope while others sit complacent and become stale. It has become increasingly obvious that Google is leading the charge with its innovation train and more consumers are looking to take a ride.

The proof is in the pudding, and today’s stock pudding put Google ahead of Microsoft, making Google the second most valuable technology company in the world. With no signs of slowing down, I predict Google continues rising and dare I say ultimately knocking Apple off its shaky pedestal.