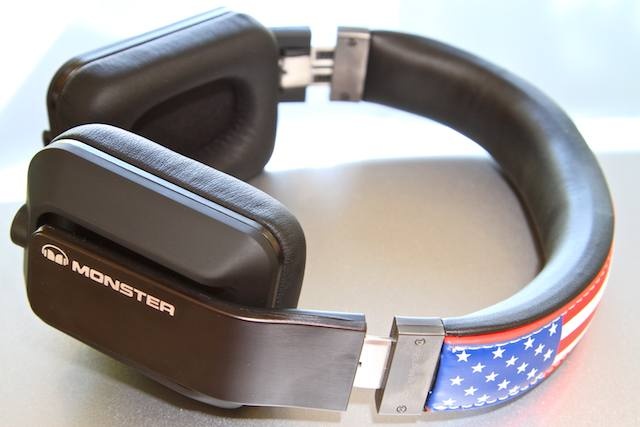 I remember saying something to the effect that these Monster Inspiration headphones (passive noise isolation, $300) looked like fluff when I first encountered them at the Consumer Electronics Show earlier this year. Boy was I wrong.

In my defense, Monster tends to offer up headphones designed with much more emphasis on style than its competitors (in fact, two other models that Monster introduced at the same time, the VEKTR and the Diamond Tears, were practically slathered in bling, and more fashion-forward even than the Inspiration; and let’s not forget the Beats series). Because of this, and the fact Monster’s headphones have tended to be very bass-heavy, the company has had a bit of a problem with them being taken seriously.

Also, I didn’t get a chance to try out the Inspirations at CES (not that it would have mattered much; CES is not an environment conducive to evaulating anything other than one’s tolerance for crowds, noise and germs). But now I have, here’s my takeaway: Despite their good looks, the Inspirations should be taken very seriously indeed.

Unlike the brash look of the Beats with their glossy, loud exterior, the Inspiration looks more grown-up, with rectangular lines and an understated finish; from the slightly metallic sheen on the bag to the anodized metal section of the headband, the overall  impression is one of handsome elegance.

That is, until you come to the removable headband cover. The Inspiration’s headband is designed to accept a removable strip, held in place with the help of magnets and tabs at both ends that slide into slots in the headband. The set comes with a black leather band, with additional bands, including colored leather and other textures, available at $30 each.

The replacaeble headband feature is either a cool way to customize your ‘phones or a gimmicky distraction, depending on your outlook. I liked them, and enjoyed playing around with the different looks. Monster bundled two flag-themed bands, U.S. and Jamaica, in with the review sample they sent us; the Old Glory Inspirations in the photo above was a favorite.

The ‘phones were extremely comfortable on my head, thanks to a headband with just the right amount of tightness, luxuriously plush linings on both the headband and earcups and the fact that the set doesn’t feel too heavy. I had no trouble with pressure, even after wearing them for hours on end.

Monster includes its characteristic ribbon cable with the set; actually, it includes three cables — one with no microphone, one with a microphone and single button for track controls (compatible with Android phones) and one with an additional volume controls for iPhones. Both controls were easy to use, with a solid feel to the buttons when activated.

In fact, the sense of solid construction is evident all over — for example, the burly ridges along the fit adjustment track.

For such a large set, the Inspiration folds up very tightly for travel, with each cup fitting completely within the underside of the headband.

Finally — and this is quite unusual — both cups have cable ports, which means you can run the cable on whichever side you choose, should one side or the other get in the way for some reason.

This is where I was stunned — Monster really hit it on the nose here. Rather than the cloying, bass-laden sound I’d come to expect from Monster’s ‘phones, the Inspiration takes a more nuanced and measured approach. There’s still plenty of rich bass — but the set also make room for vibrant midrange and clear highs. They’re perfectly weighted for casual listening: more than enough warmth and brightness on the ends to keep them from sounding like a clinical reference set, yet not so much oomph that it overwhelms the middle. There’s also the sense of a wide-open sounstage and a great feeling of listening to sound in a large 3D soundscape.

Then again, I did experience a hint of fatigue after long listening sessions, because of highs that could be, at times, just a little oversharp. But it was rare and not prominent. Overall, the sound was fantastic.

In addition to the three included cables, there’s also a sharp-looking, compact case with an attached carabiner.

Yes, Monster has designed the Inspirations with an enthusiastic nod to fashion; but to dismiss these superb-sounding cans because of that is a big mistake, and about the only thing holding them back is their lofty pricetag. 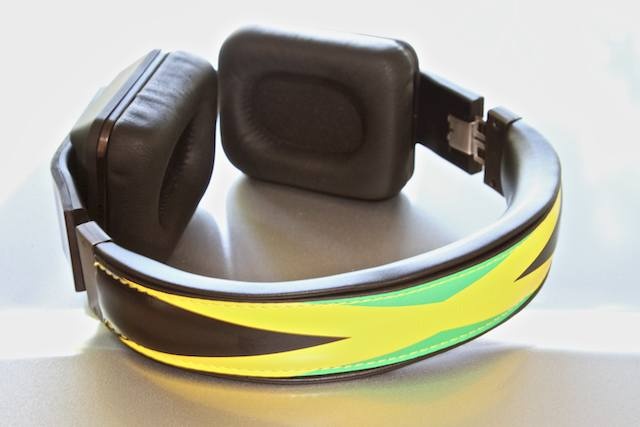 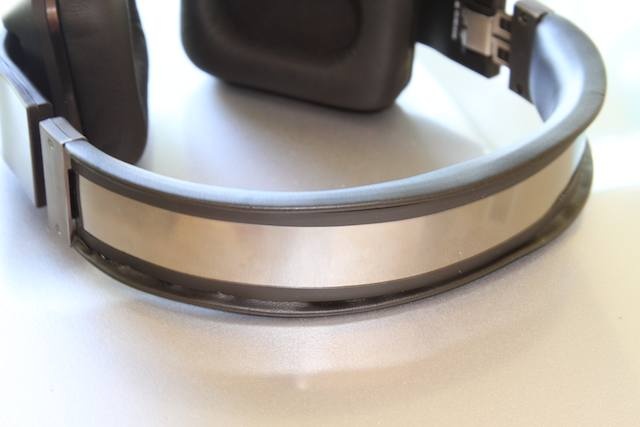 Headband with the cover removed. 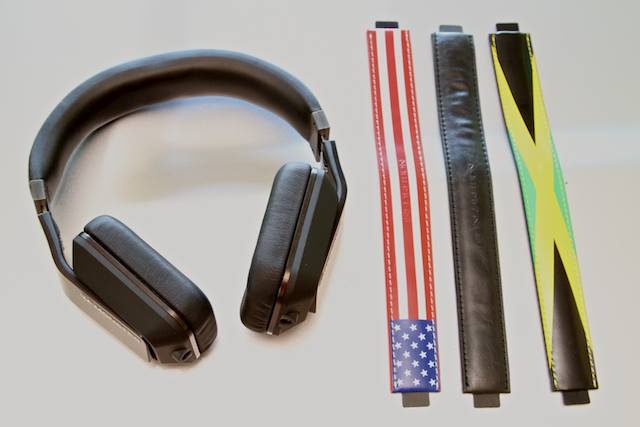 Our set came with lots of covers to play with. 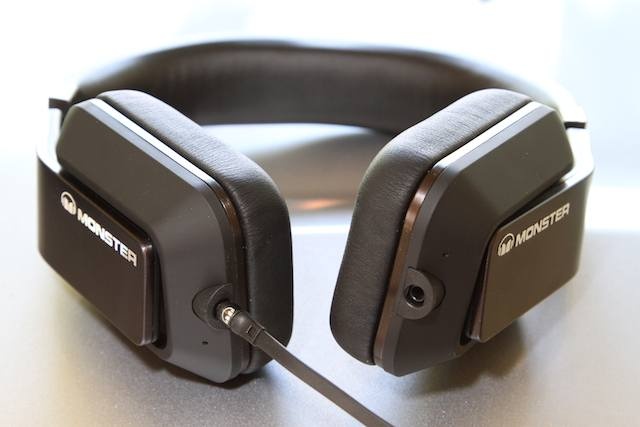 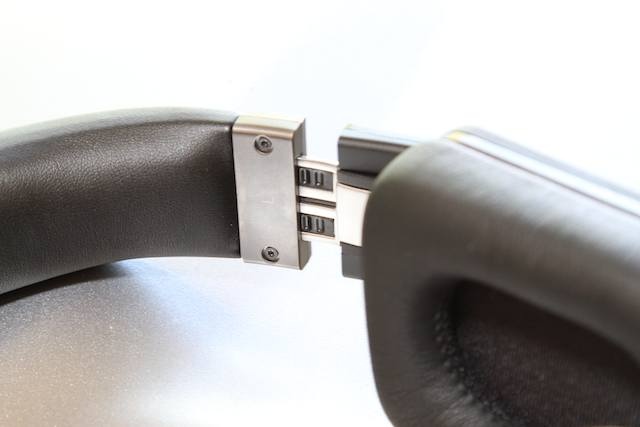 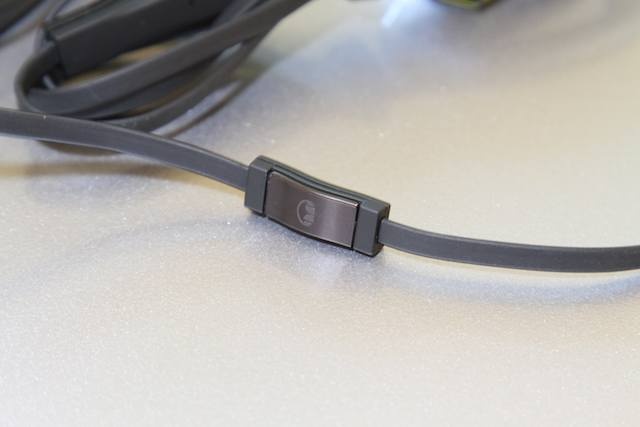 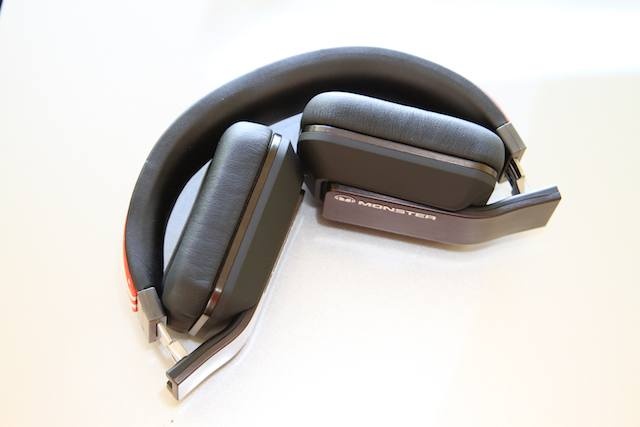 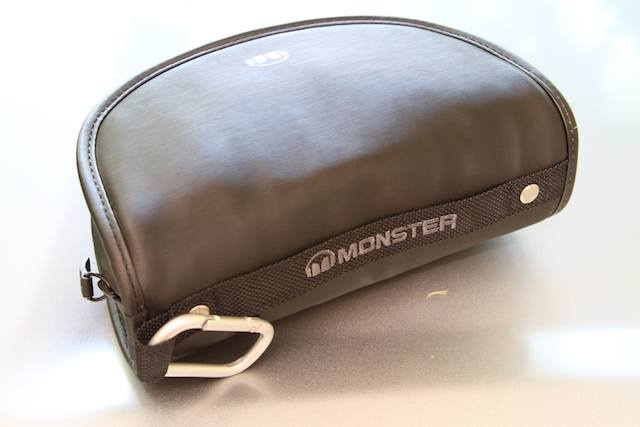