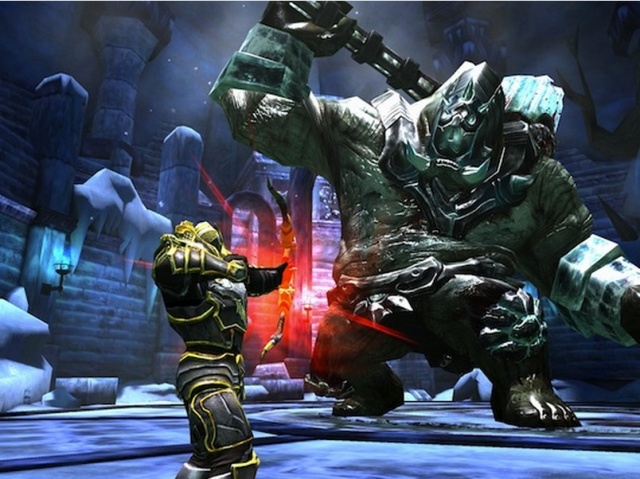 The first gameplay footage of Wild Blood, Gameloft’s first title built off of the Unreal Engine, has slashed its way to YouTube. This third-person hack-and-slash puts you inside the armor of the famed adulterer Sir Lancelot, who has betrayed his King by sleeping with his wife (big no, no).

Naturally, King Arthur seeks out an evil sorceress to release the fury of hell against his back-stabbing knight. Since that knight is you, you’ll be left to fight off hordes of undead using a plethora of power-wielding blades, in hopes of defending your hide and restoring peace to the now demon ravaged kingdom (nice going Lance).

The game is set to include a lengthy single-player campaign, as well as a cooperative mode, and a player-versus-player arena. You can expect it to be release soon on both Android and iOS, and knowing Gameloft, it’ll cost $6.99.

Keep your eyes peeled on Wild Blood’s Facebook page, as Gameloft is sure to release info there first. What do you guys think thus far?