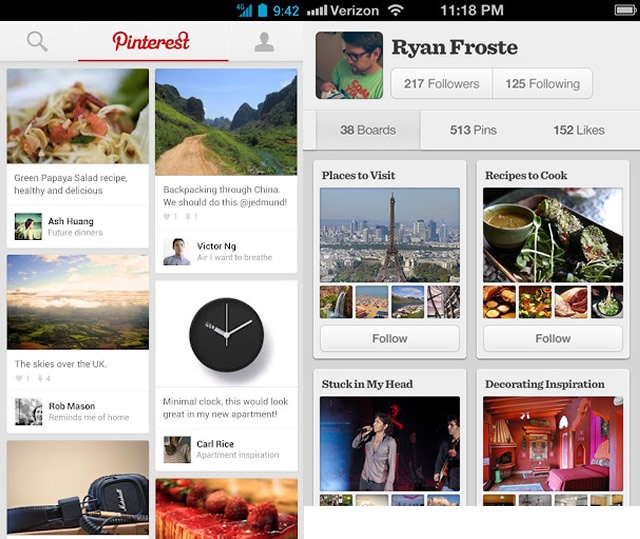 Social bookmarking service Pinterest today announced a new app for Android and iOS in a move to appeal to an even larger audience. If you’ve not used the service, it’s like a image-based social bookmarking system. You “pin” websites to your own Pinterest account, then share the pinned bookmarks via categorical lists. It has a heavy Facebook and Twitter integration as well, and last week it opened the doors to the general public, not requiring an invite any longer.

The move to Android and the iPad is likely part of a plan to increase the critical mass of the Pinterest service, which is run by a privately-held company without a current revenue generating source. The digital scrapbooking service already has around 23 million users, up from one million one year ago. They’ll need to continue to grow those numbers if they want to eventually take advantage of some sort of scaling revenue system, like advertising, as well as retain their $1.5 billion valuation from last May.

Chief Executive Ben Silbermann said today that the Android app was among the most requested items by users.