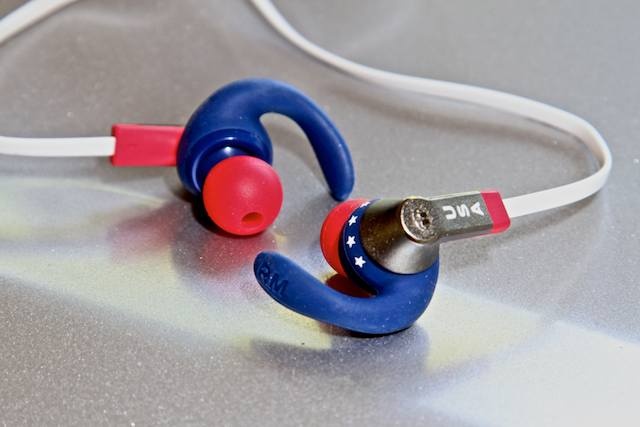 You’re an American, and you’ve just watched your athletes come away with a barrel full of gold medals in London. Maybe you’re feeling a little patriotic; maybe a little like you want to go out and train for Rio de Janiero. If so, then Monster has created the perfect earphones for you: A special edition “USA” version of their impressive, washable, iSport IEMs.

We actually reviewed the iSport last year, and much of what we said back then remains true with the USA version. You will, however, find one mechanical difference along with the obvious aesthetic differences.

The iSport is, of course, completely washable and sweatproof, one of two characteristics making them fabulous for athletic pursuits. To demonstrate just how well the set deals with water, we dunked them in a glass of water (just like we did a year ago with the ordinary iSport) to see if they’d still play — and just as before, they performed perfectly.

Monster also employed a very unusual design to ensure they stay in place during frenetic activity: a combination of customizable (with three sizes) rubber ear flanges that wedge under the ear with unique swiveling nozzles.

This is where Monster says they’ve improved the iSport: The nozzles — their marketing department came up with the term “OmniTip” — have been tweaked to improve the fit. It may have made a difference because the set did a superb job keeping firmly planted in my ears while jogging, jumping around, and general outdoor activities.

Luckily, the sound is more than worthy of these fit tricks. Unlike Monster staples like the Turbines, these patriotic earphones pack more high-definition — and considerably less bass. When Jordan reviewed the original set, he was a little underwhelmed by the lack of bass, but the sound suits me just fine.

I would have liked to have seen them add a mic for chatting on the phone, and the track control button is a little difficult to activate, so you may find that bothersome; but that’s to be expected with such a watertight unit.

Oh, and then there’s this version’s price which is anywhere from $180 to $200. That’s double the price of the non-USA iSport! Also, due to exclusivity (each set comes with its own serial number and letter of authenticity for collectors), you’ll only find these produced until about the end of the games and Monster has already stated their supplies are very low.

The iSports USA version will appeal to collectors, super-patriots, U.S. Olympic gold medalists and perhaps U.S. presidential candidates; the regular version should appeal to anyone wanting to mix activity and good music. 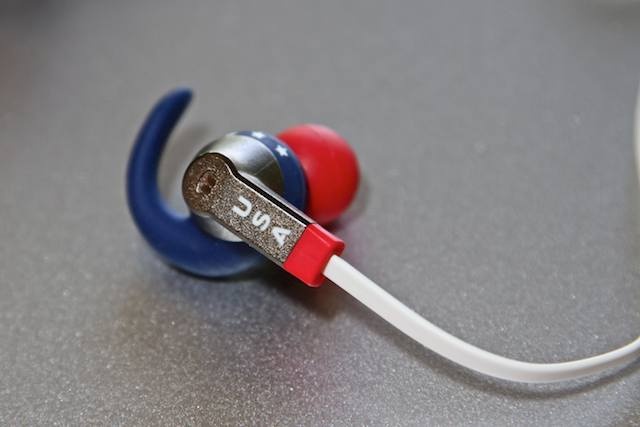 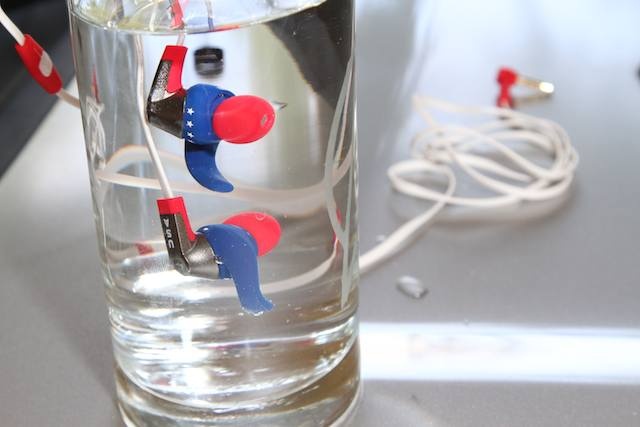 Can your earphones do this — and look as patriotic doing it? 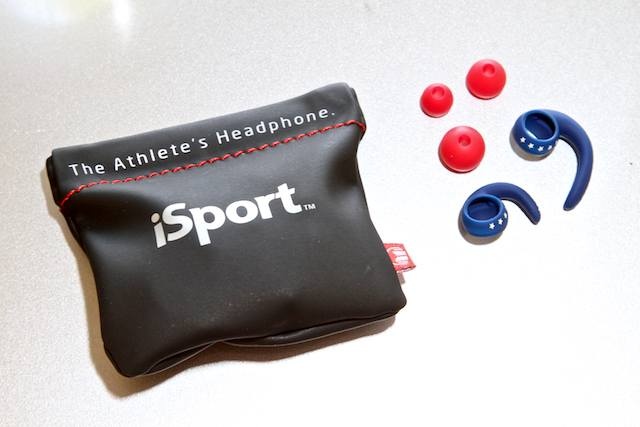 The extra ear cushions have little stars on them!