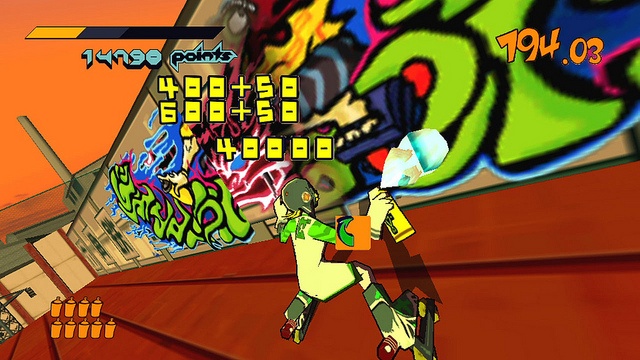 If you were (or still are) the proud owner of a Sega Dreamcast, then you may remember the classic title Jet Set Radio (Jet Grind Radio in North America). Jet Set Radio was hailed as a revolutionary game due to it being one of the first to make prolific use of a rendering technique called cel-shading (allowing for a “cartoon-like” appearance of 3D rendered objects). While these rendering techniques aren’t so revolutionizing today, Jet Set Radio remains a rollerblading, music loving classic, featuring wholesale amounts of spray paint.

Sega has announced plans to re-ignite your inner tagger by releasing Jet Set Radio for both Android and iOS. This mobile release will feature the same classic gameplay plus a few modern mobile enhancements such as:

There’s no word on pricing or exact launch date, but you can catch a glimpse of what to expect, from the video below. With summer in full swing, we can expect Jet Set Radio to roll out real soon.