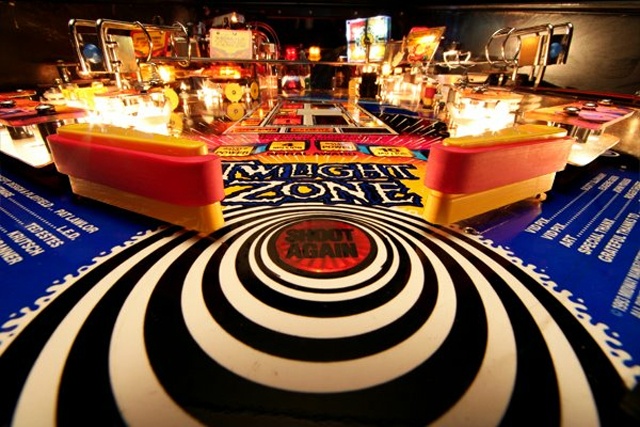 FarSight Studios, creators of Pinball Arcade, is looking for your help to digitize one of the greatest pinball machines of all time: The Twilight Zone. The Twilight Zone table was released by Midway under the Bally label and is currently number one in user rankings on the Internet Pinball Database. Many pinball experts consider it to be the most complex pinball machine ever created, and being able to preserve it in digital form is a dream of FarSight Studios.

FarSight is a gaming developer company known for their popular Pinball Arcade project. FarSight has been developing modern video game recreations of classic pinball tables and bringing them to a variety of platforms including: the iPhone, iPad, Android phones and tables, the Kindle Fire, Xbox 360, PlayStation 3, PS Vita, and Macintosh, with versions coming soon for the PC, Nintendo 3DS, and Nintendo Wii U.

FarSight is passionate in their ability to create a videogame version that plays exactly the same as the table played when it was new and it’s quite a painstaking process. Developing these exact recreations requires FarSight to obtain all the appropriate licenses from the original manufacturers of the tables as well as any actor likenesses, music compositions, etc.

Obtaining all the appropriate licensing to digitize the Twilight Zone pinball machine is turning out to be quite a daunting and expensive task. This is why FarSight is now reaching out to you (the fans), to help this dream become a reality. Farsight Studios has created a Kickstarter project to help raise the funds needed to obtain all the appropriate licenses and ensure an exact digital recreation of the original for current and future generations to enjoy.

FarSight hopes to raise $55,000 by June 17, and the last time I checked, they were more than halfway there. Various pledge tiers have been created, each with their own special rewards for those who donate.

Starting a Kickstarter project for in-game content isn’t something you see everyday and is quite a cost effective way for game developers to bring fans the content they want. If you or anyone you know would like to contribute to making this project a reality, follow the links below and be a part of pinball preservation.