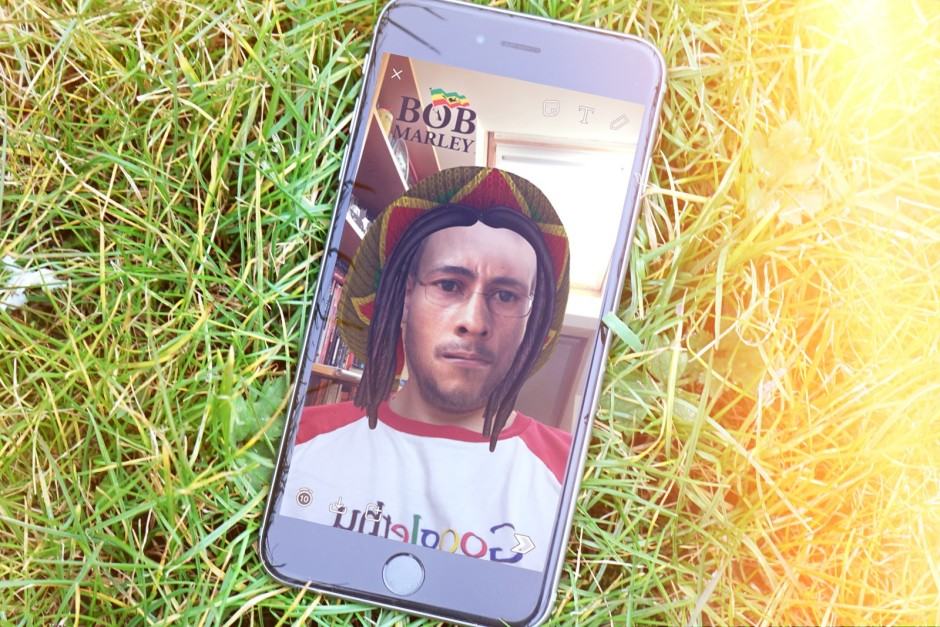 Snapchat desperately hopes every little thing will turn out to be alright. Photo: Cult of Mac

A Bob Marley-themed Snapchat filter designed to celebrate 4/20 has backfired, with hordes of users accusing the company of promoting “blackface.”

It’s the latest instant outrage to flare up on the internet, and a total bummer for anyone just trying to enjoy the high holy day for pot smokers. After all, isn’t April 20 the one day of the year we should all be kicking back and chilling out?

The new Snapchat filter morphs users’ mugs into the face of reggae legend Marley, and adds some dreadlocks to complete the transformation. Marley, the Rastafarian music maker who died in 1981, is the posthumous high priest (pun intended) of cannabis culture.

But that didn’t stop Twitter users from calling the Snapchat campaign racist. (For those unfamiliar with the term, “blackface” refers to the use of theatrical makeup by white stage performers during the 19th and early 20th century to represent caricatures of black people.)

Snapchat has defended itself by pointing out that it got the blessing of Marley’s estate before firing up the filter.

“The lens we launched today was created in partnership with the Bob Marley estate, and gives people a new way to share their appreciation for Bob Marley and his music,” a Snapchat rep said. “Millions of Snapchatters have enjoyed Bob Marley’s music, and we respect his life and achievements.”

That didn’t stop internet users (Snapchat Justice Warriors?) from getting upset about it, though.

This isn’t the first time filters have found themselves on the firing line, either: Much has been written about bleaching filters that appear to “whitewash” non-white people in photos.

My own take? A bit like Microsoft’s surprise that internet users would try and turn its “Tay” chatbot into a misogynistic, racist neo-Nazi, Snapchat should have been able to look at recent high-profile “racist” outrage stories and predict that this would backfire.

But given the plethora of other face-changing celebrity apps, isn’t it a little silly to get outraged about including one who doesn’t happen to be white?

Maybe I’m wrong. What do you think? Leave your comments below.