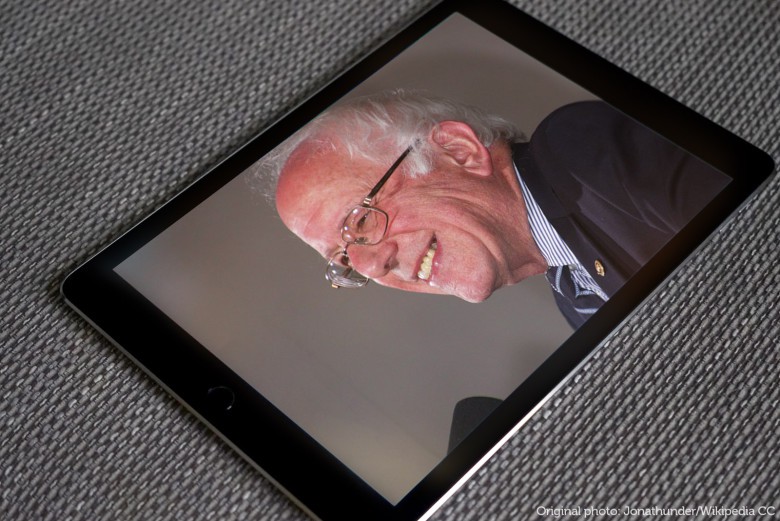 Silicon Valley is behind Bernie Sanders all the way. Photo: Ste Smith/Jonathunder/Cult of Mac

Tech employees at Google, Apple, Microsoft and Amazon are some of the most ardent supporters of Democratic candidate Bernie Sanders, according to findings by the Federal Elections Commission.

In all, Google employees have donated $250,000 to Sanders’ campaign, while Apple workers have handed over a not-unimpressive $85,576.

That’s in stark contrast to Hillary Clinton and Republican front-runner Donald Trump, both of whom have mainly attracted financial groups as their leading supporters.

Given that employees at both Google and Apple tend to be generously remunerated for their work — and execs in both companies certainly fall into the wealthy 1 percent bracket Sanders has railed against — it’s definitely interesting to see them showing support for Sanders.

In my experience, however, Sanders’ policies are in keeping with views I regularly hear espoused by tech workers, who have a long tradition of left-leaning support. (If you’re interested in this, I’d strongly recommend Fred Turner’s From Counterculture to Cyberculture, which explores some of this subject.)

Besides, with Donald Trump calling for a boycott on Apple products, while Hillary Clinton totally fudged her take on the encryption debate, Sanders certainly seems to be the candidate whose views most align with tech employees’ own.

Are you surprised to find that tech companies are feeling The Bern? Leave your comments below.