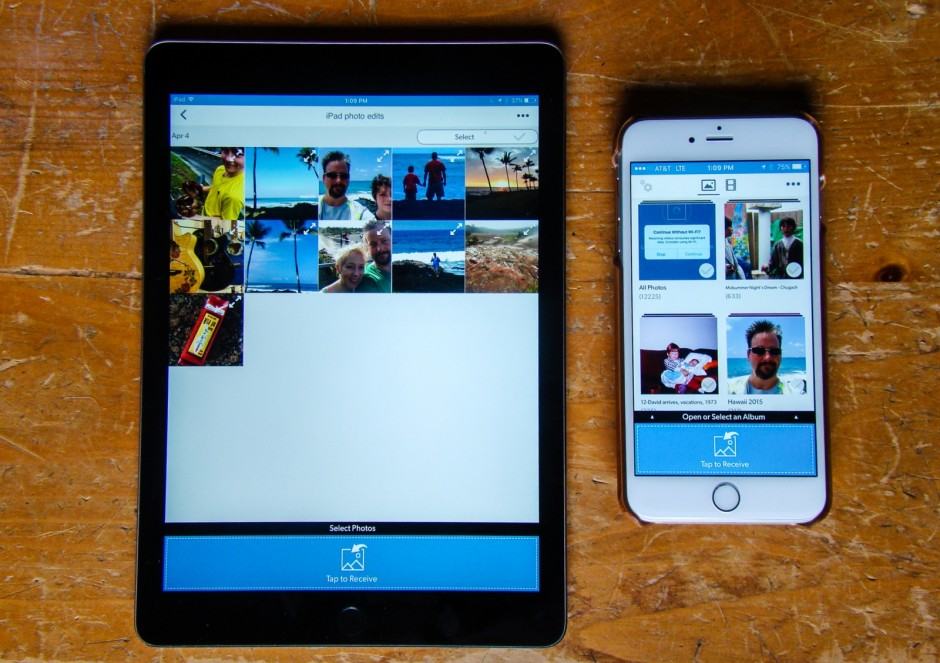 With iOS, you have AirDrop, and on Android you have Android Beam to send photos and files back and forth to other devices running the same operating system.

But what if you want to send photos from your iPhone to your friend’s Nexus? Or vice versa?

Check out the video below to see how it works.

Once you’ve gotten FotoSwipe installed on your iPhone or Android device, you simply pull it up, allow it to access your photos, and then tap on a picture you want to send. Your friend simply pulls up the app, taps on the “Tap to Receive” button, and then you swipe your photo to the right or your screen to send.

Sending from your smartphone to your computer is almost as easy. You just head to FotoSwipe.com, launch the app on your device, and enter the Pairing Code that shows up on your device when you swipe to share. After a short delay, the photo will appear in your web browser’s downloads folder, just like that.

FotoSwipe takes out a lot of the guesswork in sharing videos and photos with other people, and requires very little setup, other than installing the app itself, which is a free download. It works over Wi-Fi and cellular data, using your smartphones location data (or a pairing code if you’d rather not use that). Getting a photo from one device to another has never been easier, especially if you’re dealing across platforms.