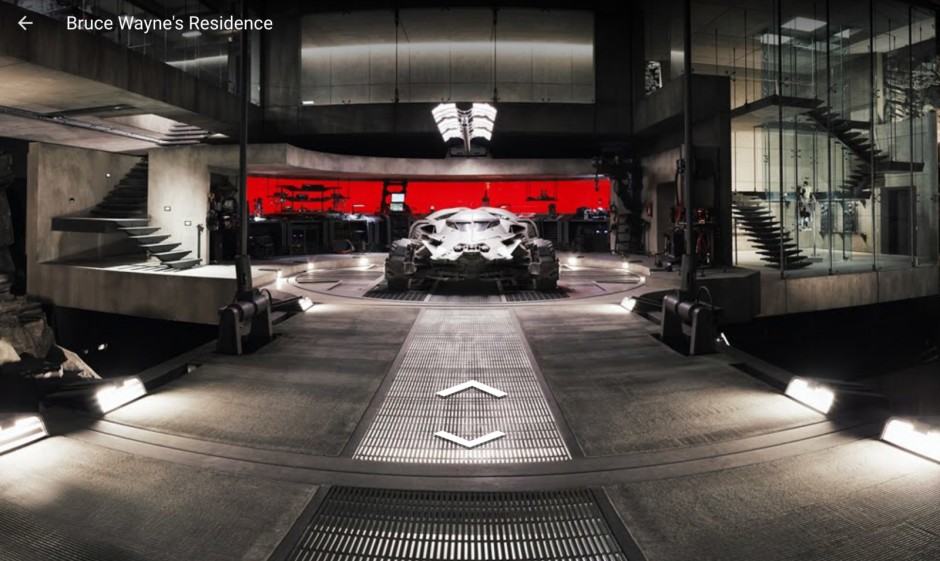 Google Maps has rolled out something special for the premiere of Batman v. Superman: Dawn of Justice this weekend: You can take a stroll around the film versions of Bruce Wayne’s house and Batman’s lair through Street View.

The tour contains a lot of surprises for long-time Batfans who have been keeping cold on the new film. For one thing, did you know that Batman is secretly Bruce Wayne? It’s crazy. Even stranger than that is the fact that while the film places Gotham City somewhere in New Jersey, Google Maps puts it on the border of a dog park in southern Michigan.

We aren’t sure why the Easter egg is partway across the country from its in-universe location, but Batman is really good at keeping everyone guessing. You can check out Bruce Wayne’s residence here and see the sparse living space for yourself, complete with a cool car outside and two identical and symmetrical urns.

But if you head down that dark hallway at the other side of the room, you can check out Mr. Wayne’s even nicer car.

Google Maps offers a pretty extensive tour of the Batcave, and you can even see the Bat’s alarming and somewhat uncharacteristic collection of guns next to the empty costume of a fallen Boy Wonder.

Batman v. Superman: Dawn of Justice, which stars Ben Affleck as the Caped Crusader, opens this weekend. It’s currently getting terrible reviews, and not just from our staff. Still, it’s bound to make fistfuls of money, and some of the design is really good. So if you’re not super pumped about director Zack Snyder’s latest exercise in excess, at least you can quietly and virtually walk around the Batcave and imagine what could have been.