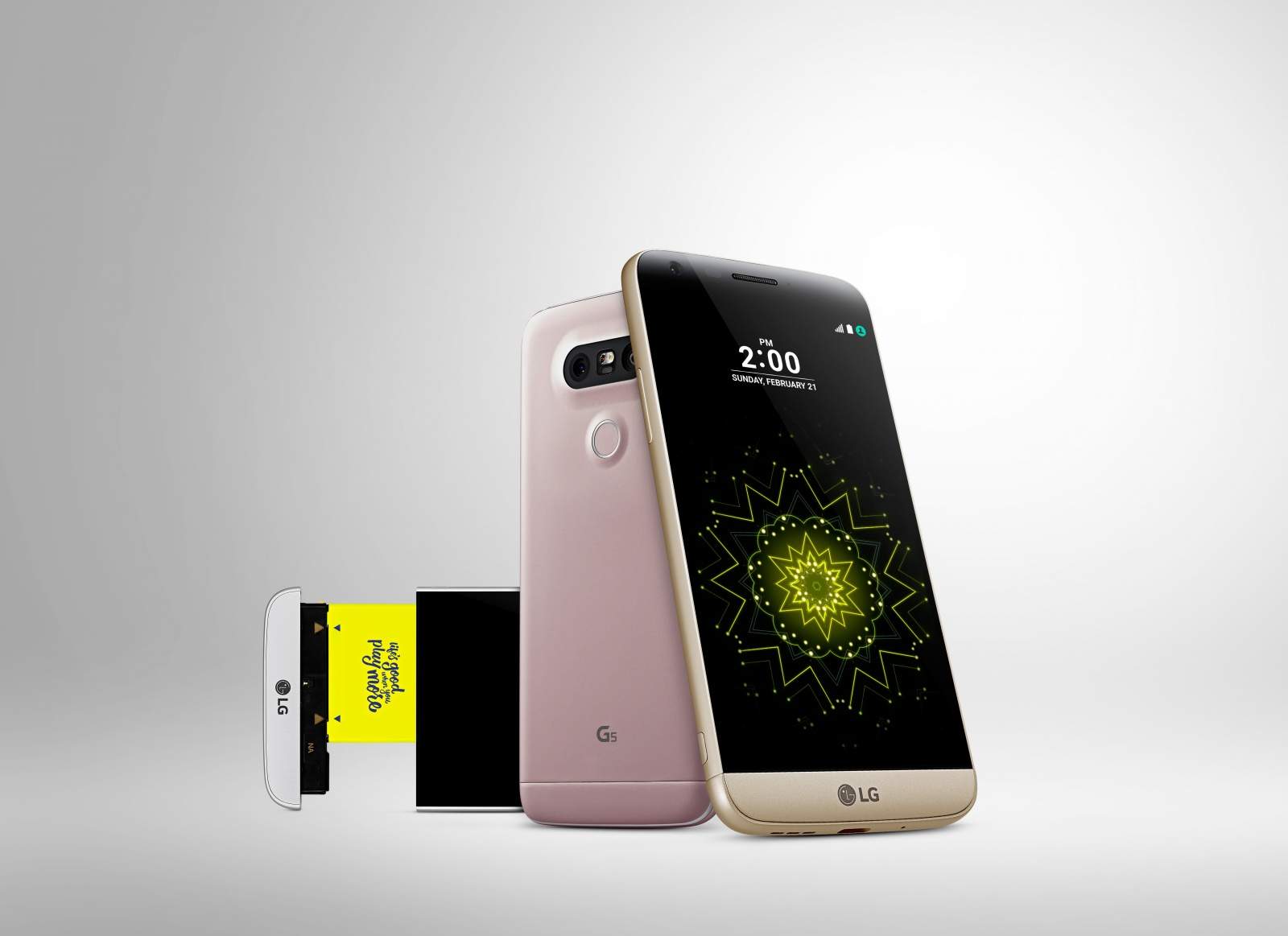 The LG G5 and its ‘friends’ are soon coming to the US. Photo: LG

LG today announced that its flagship phone for the first half of 2016, the LG G5, will be landing in the United States in early April. The handset and “LG Friends” will be available across all the four major carriers in the states, along with retailers like B&H Photo and Best Buy.

“LG Friends” are modules that LG has created specifically to enhance certain aspects of the G5. These modules fit into the bottom part of the phone, and have been made possible thanks to the modular design of the handset. Some ‘friends’ of the G5 include a camera grip, a Hi-Fi audio DAC etc.

If you are not interested in buying the G5 outright, you can get it from carriers like AT&T, Verizon, Sprint, T-Mobile, and US Cellular in the US. The Korean company did not announce the pricing details for the handset, but I’d expect the G5 to be priced at $199 on a two-year contract at carriers.

As a launch promo offer, LG will be giving a second removable battery and a charging cradle free with the G5 for a limited time in the United States.

Since LG did not reveal an exact timeframe, it remains unclear when exactly the G5 will go on sale across carriers in “early April.” By April, the Galaxy S7 and S7 edge — the chief rival of LG’s G5 — would have been on sale for nearly a month in the United States, which can make a serious dent in the handset’s sales.

Are you excited about the LG G5 or have you already pre-ordered the Samsung Galaxy S7?