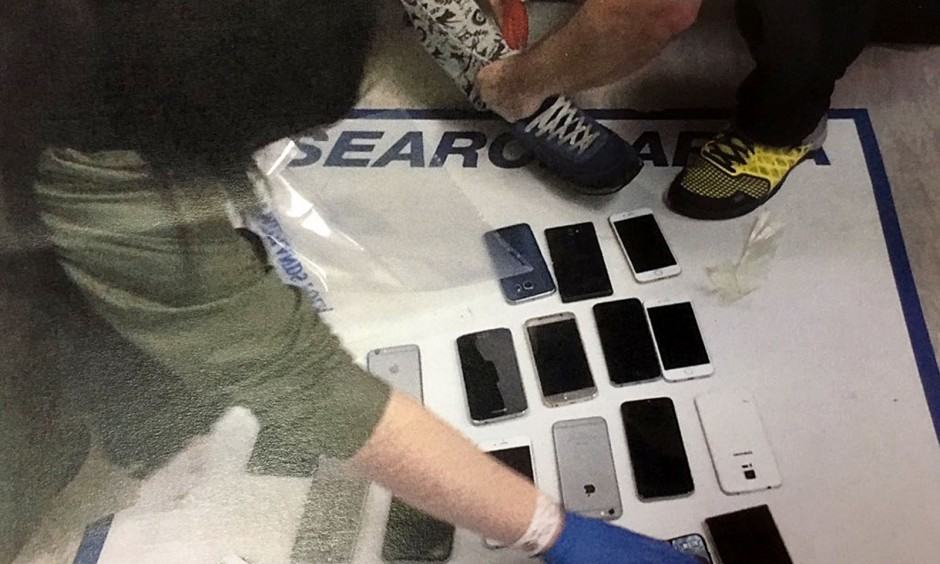 As expensive miniature computers people carry around in their pockets, it’s no surprise that smartphones are regularly the targets of petty thieves.

But one particular thief outshone the rest when he recently (allegedly) managed to steal 38 different phones during a Libertines concert in the U.K., only to be arrested with them stuffed down his trousers.

A work phone and a personal phone I can understand, but explaining away the other 36 handsets was surely a bit of a challenge!

The 30-year-old man was arrested Wednesday at Birmingham’s Barclaycard Arena. According to reports, he and another man were spotted at the venue with their pants taped shut at the bottom of their legs, allowing the pair to store a massive number of items.

“It’s an unfortunate reality that large crowds at concerts such as this make rich pickings for career criminals,” said inspector Gareth Morris. “We’re hot on the heels of these offenders but you can also reduce your chances of falling victim to such crimes by remaining extra vigilant when attending busy events.”

While security features like Activation Lock have helped slash smartphone thefts, it’s a reminder of why everyone needs to be mindful in public. Particularly when you’re around shifty types with their pants taped shut!