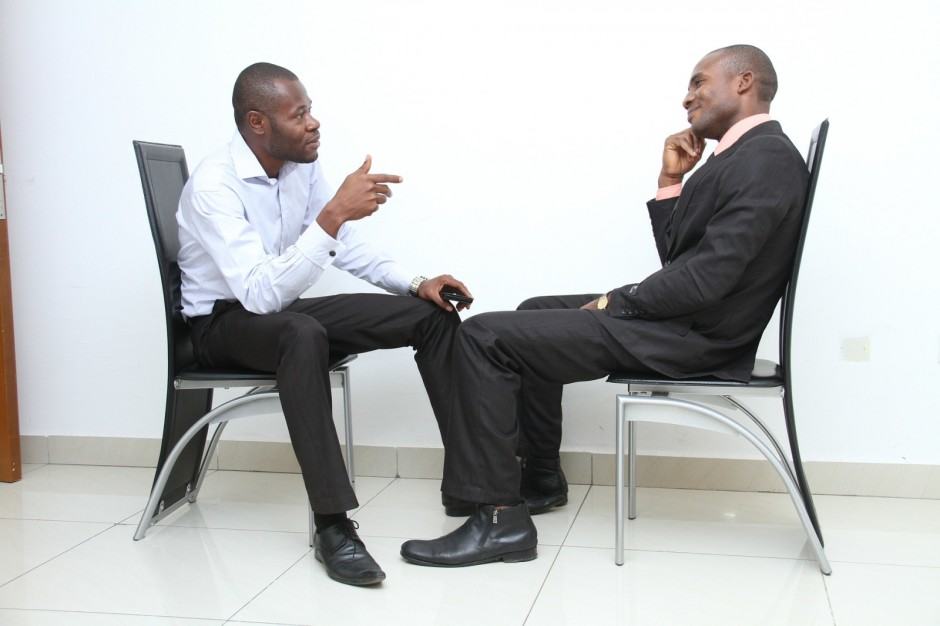 The interview process is getting longer, but at least that gives you an extra day or two to decide what kind of tree you would be. Photo: Ibrahim Adabara/Pixabay

If you’re dreaming about being a software engineer at either Google or Apple, you should brace yourself for an ordeal.

A new report comparing the difficulty, experiences, and lengths of interview processes from a variety of tech companies says that a Google interview is the hardest one you can undertake. Apple did slightly better in that regard; it was the fourth toughest. But the data suggest that one of those two processes is considerably more pleasant.

The data comes courtesy of cloud company GetVoIP, and it uses information from company-review site Glassdoor. In addition to Google and Apple (which had 1,603 and 106 respondents, respectively), it includes the experiences of applicants at other tech-heavy companies like IBM, Microsoft, Facebook, Amazon, and Netflix.

You can see the results of both overall experience and difficulty below (click on the image for a larger version): 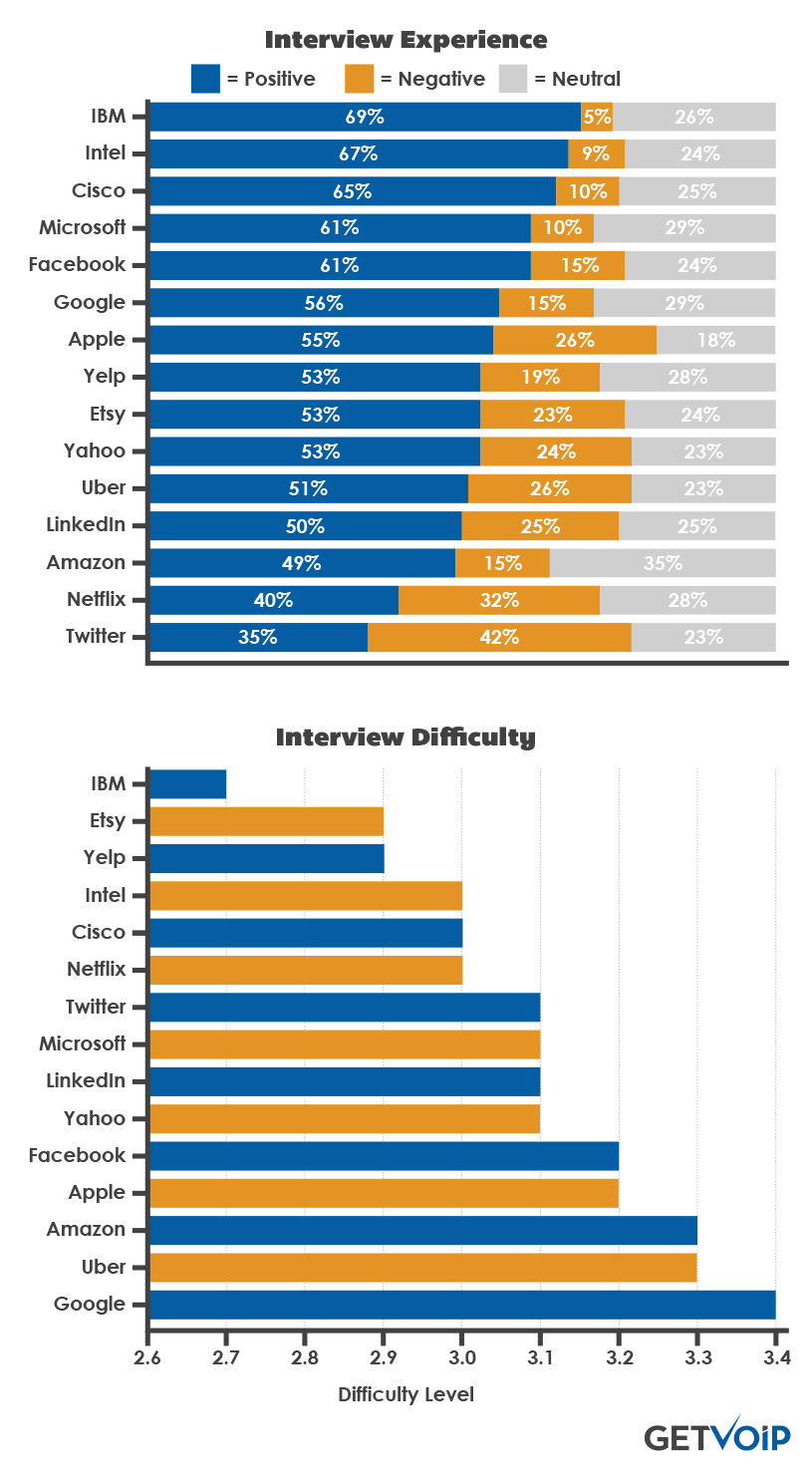 On a scale of 1 to 5, with 5 being the most difficult, the Google interview scored a 3.4. Apple fared only slightly better with a 3.2, but the real differences between the two companies show up in the overall experience.

56 percent of Google interviewees said they had a positive experience during the process, and 15 percent said they had a bad time. Apple scored a comparable 55 percent positive rating, but an incredible 26 percent of respondents said their experience was negative. We don’t know what made the experience so bad for them, outside of not getting the job, but it might have had something to do with how long everything takes.

DataVoIP’s findings also say that Apple and Google subject their applicants to some of the longest hiring processes, and the whole thing sounds like a slog. After receiving applications, both companies do a screening call and then three interviews — two over the phone and then one in person — before they make their decision. This happens across the space of four weeks, and that doesn’t even include that time after the on-site interview when the person is waiting to see if they made the cut.

Interestingly, Netflix boasts one of the shortest processes at two weeks, but includes all of the same steps.

All of this comes with the caveat that it only includes people who applied for work as software engineers, and would-be hires looking for other positions may have different experiences. Generally, however, interview processes seem to be taking longer than ever. Glassdoor reports that over the past five years or so, they’ve grown by up to four days worldwide.

Update – 1/14, 11:47 a.m.: Our source from GetVoIP provided incorrect numbers for Apple’s respondents; the original version of this story cited 607, when the actual number was 106. We have updated accordingly.