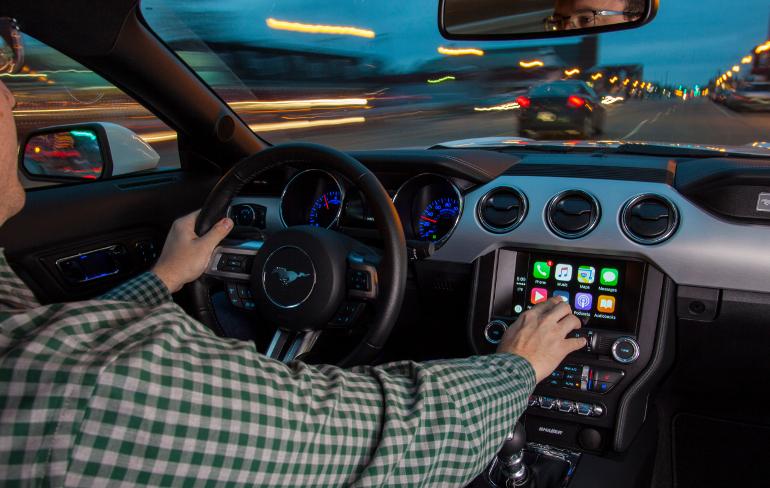 Ford is bringing CarPlay and Android Auto to its new vehicles. Photo: Ford

Ford has announced that both Apple’s CarPlay and Android Auto are set to be available for all its 2017 vehicles equipped with SYNC 3, beginning with the new Ford Escape.

“Sync allows customers to bring the smartphone technology they’re comfortable with into a vehicle and use it without hassle,” Ford connected vehicle and services executive director Don Butler said. “With Sync, we move at our customers’ pace, making it easy for them to maintain a connected lifestyle no matter their choice of smartphone, apps or services inside and outside their vehicle.”

In addition to the CarPlay and Android Auto features you’d expect, Ford is also introducing a new feature designed to let car owners unlock their doors, check fuel levels, locate parked vehicles, or remotely start their cars using the 4G LTE-powered Sync Connect system. If you don’t want to incorporate Apple or Google’s infotainment system on your dash, Ford’s App Link will additionally offer its own voice control apps for the vehicle.

Ford recently reshuffled some of its management team — giving new director of corporate strategy, Michael Seneski, the job of seeking partnerships with tech giants. While the auto industry is still very much uncertain as the existing players await the arrival of Google’s fleet of self-driving vehicles and the Apple Car, it seems that Ford — one of the oldest car-makers — is keen to embrace the future as soon as possible.