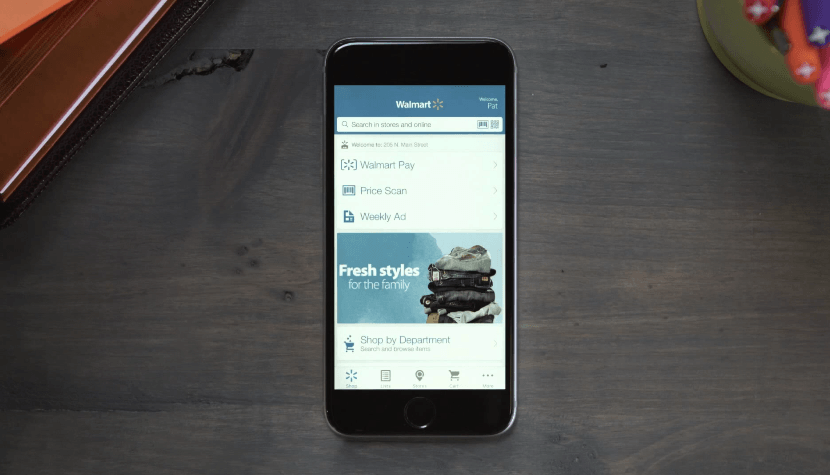 Walmart is launching its own mobile payment service. Photo: Walmart

Walmart, a.k.a. the world’s largest retailer, has announced the launch of its new Walmart Pay service — a mobile payment service for both Android and iOS, designed to work with all major credit, debit, and Walmart gift cards in the retailer’s U.S. stores.

The service, which launches in select stores this month, will be fully rolled out by the middle of 2016. According to Walmart, 22 million customers currently use its app every month, which ranks in the top three retail apps in both the Google Play and iOS App Store.

“The Walmart app was built to make shopping faster and easier,” said Neil Ashe, president and CEO of Walmart Global eCommerce. “Walmart Pay is the latest example – and a powerful addition – of how we are transforming the shopping experience by seamlessly connecting online, mobile and stores for the 140 million customers who shop with us weekly.”

The service uses the same technology as MCX, the consortium led by Walmart which was formed in 2012, and has been trying to establish the rival mobile payment service CurrentC. What today’s announcement means for the somewhat precarious future of CurrentC isn’t known, although Forbes notes that it:

“could easily signal a death knell for MCX and CurrentC. MCX’s requirements for exclusive deals were limited in duration, and some early signees like Best Buy and Kohl’s have already begun offering Apple Pay and/or Android Pay. Given that CurrentC has never advanced past limited testing in places like Columbus, Ohio, it’s not clear the endeavor has much of a future at this point.”

You can check out the below video for a look at exactly what Walmart has got planned in the mobile payments realm: