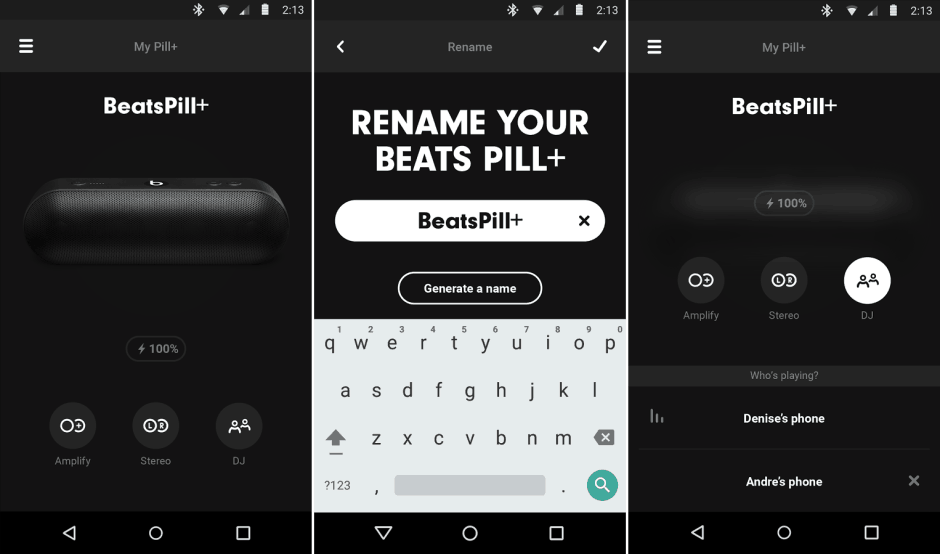 Apple’s latest app for Android is getting the response you’d expect. Photo: Apple

Arriving yesterday, the app lets users control and manage their newly-launched Beats Pill+ speaker, including allowing multiple users to take control of the music playing from a speaker, or configuring two speakers to achieve a higher volume level.

But, of course, it’s made by Apple. So by the ancient laws of Android it must be punished! 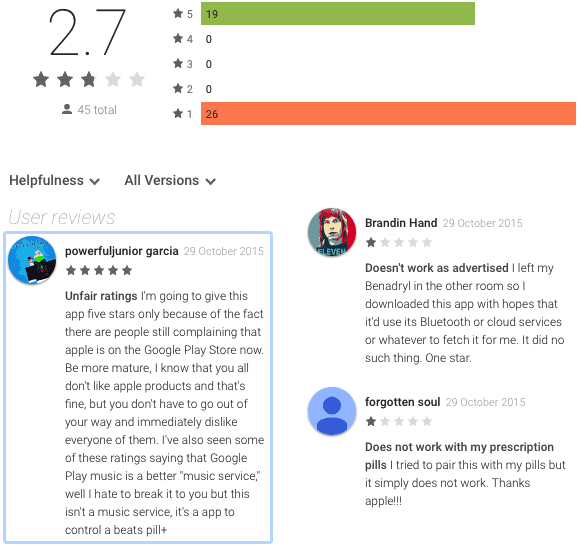 One-star reviews so far include sensible-people-with-absolutely-no-agenda saying they’d “rather be shot in the face” than use the app, or that it is a, “horrid app” and “Google Play Music is the only music worthwhile service on the planet.”

A few others take Oscar Wilde-worthy satirical stabs at Cupertino’s latest offering, with pithy observations like: “Downloaded this app expecting it to be a cloud-based prescription medication reminder. Instead it’s some Google play music knockoff. Uninstalled, don’t know what the developer was thinking when they made this.”

Or, if you’re fond of old classics, “Crapple sucks and beats [sic] are over priced crap.”

Fortunately, more stable, rational people are striking back by counter-balancing the one-star reviews with five-star appraisals.

“I’m going to give this app five stars only because of the fact there are people still complaining that apple is on the Google Play Store now,” writes one user. “Be more mature, I know that you all don’t like apple products and that’s fine, but you don’t have to go out of your way and immediately dislike everyone of them. I’ve also seen some of these ratings saying that Google Play music is a better ‘music service,’ well I hate to break it to you but this isn’t a music service, it’s a app to control a beats pill+.”

But, hey, never let the facts get in the way of a good pile-on!