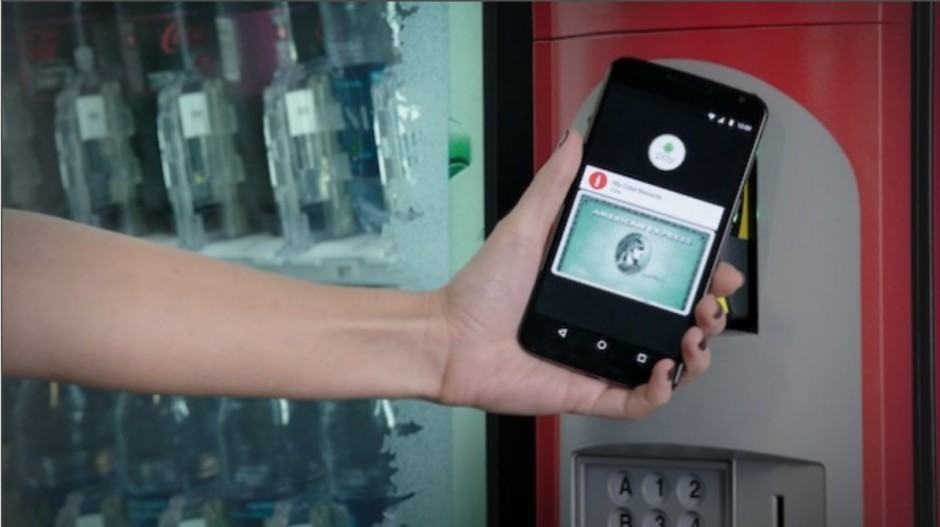 Android Pay, the newest kid on the block in mobile phone payments, has found a way to get people using their smartphones to pay for goods and services: loyalty reward systems.

Like similar retail, grocery and airline programs, Android Pay will soon include points for specific purchases to encourage us all to use our smartphones more and more to pay for the stuff we already buy.

Coke is the first program up, according to Google exec Sridhar Ramaswamy, with points to earn each time you use Android Pay to buy a Coke through any one of some 20,000 NFC-enabled Coca-Cola vending machines. You’ll get points that will let you get free Coke, Coca-Cola gets to know where and when people are buying its products and Google gets people to use Android Pay. It’s win-win-win.

While it’s too soon to tell whether Android Pay or Apple Pay has more users (Tim Cook claimed one million last year at this time while Ramaswamy will only commit to the more vague, “millions of users”), mobile payment systems are sure to be the way we all end up paying for things in the near future.

With a loyalty program like the one with Coca-Cola, Android Pay just gave current and potential users a bigger incentive than Apple does for using its own Apple Pay system, something that we might assume Apple may copy in the months to come.

If you head into Verizon, AT&T, and T-Mobile in the near future to buy a new Android-powered smartphone, you’ll get reminders of this feature from the sales reps there, who are currently learning how to talk up Android Pay. Google is

Google also plans to keep pushing its credit card partners, including American Express, MasterCard and Visa, to make sure that the card-issuers tell their customers about the new incentive programs as well.

No word yet on other partners in line to partner up with Google on rewards programs, but it’s only a matter of time before we see more of this kind of deal in the mobile world, creepy as it may seem.