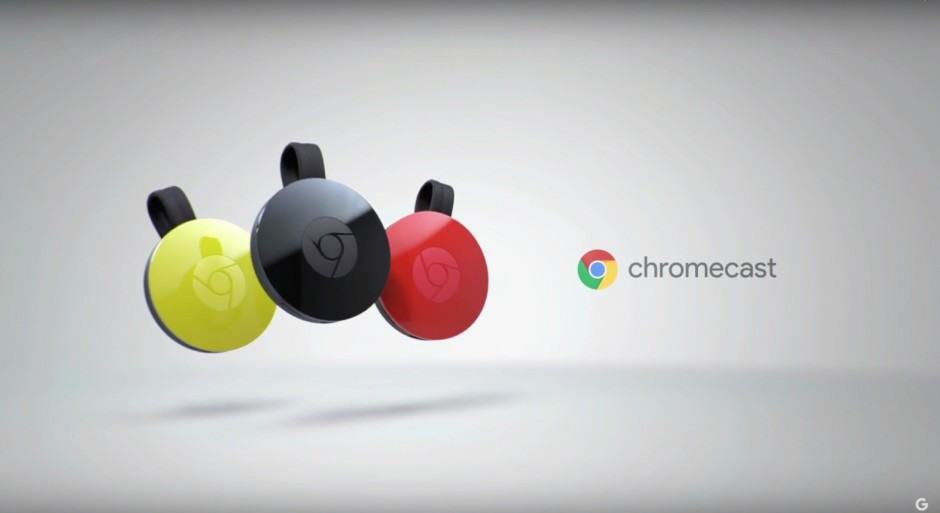 Google’s inexpensive TV dongle is finally getting a much needed update today as the tech giant revealed two brand new Chromecast models at its press event in San Francisco. Google also loosed a redesigned Chromecast app, Photos support, and Spotify for the video device. The newly-designed TV-centric Chromecast dongle (which comes with an integrated HDMI cable) and a brand-new audio device named Chromecast Audio (also in an delightful dongle design), are both available starting today for $35 each.

The second Chromecast device will bring streaming audio to multiple rooms (in an update shceduled for later this year), and focuses on high-end audio instead of video. Chromecast Audio will let you stream high-definition audio to any speaker you’ve connected the little dongle to via a headphone jack, light a lightweight version of the Airport Express from Apple. The interface will look just like the regular Chromecast one, showing you all available speakers and Chromecast devices right from your smartphone, whether Android or iOS. 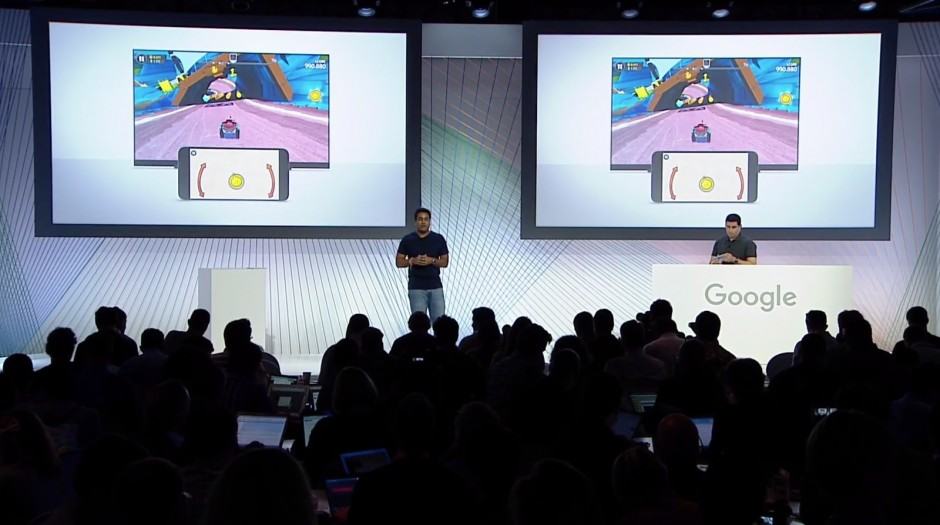 Multi-player gaming in the same room is a great new feature for Chromecast. Photo: Google

You’ll also be able to ‘cast games to your big screen, and bring in multiple players (in supported games like Angry Birds Go) — each using their smartphones as a personal controller.

There’s also a brand-new Chromecast app with some new features as well, including a “What’s On” channel that lets you browse available video streams via various Chromecast-supported media apps. It will show you movies, videos, and any other content from the apps you already have installed on your device.

In addition to a revamped interface, the new Chromecast app will have a screen to show you which apps you have installed that work with Chromecast, and will suggest new ones for you to find in the Google Play store. There’s an integrated search as well, which will show you where the media you want to watch or listen to is available across the services and apps you have. 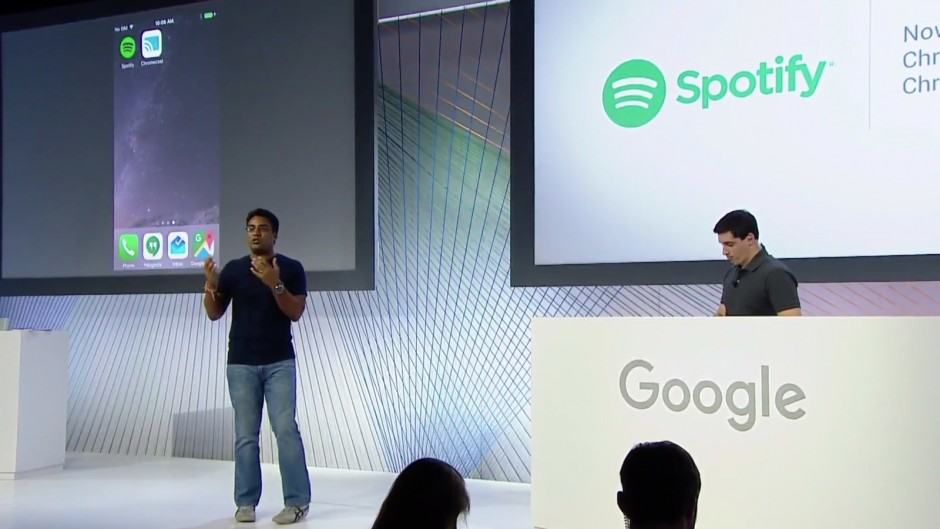 Now you can use your Spotify app and account to power Chromecast and Chromecast Audio. Photo: Google

The new Chromecast will also feature Google Photos, letting you get your own albums and photographs up on the big screen, as well as new support for Spotify, letting the popular music streaming service join Google Play Music and Pandora as an option for listening to tunes. You’ll also be able to grab images from Facebook and Flickr.

Both second-generation Chromecast devices bring improved Wi-Fi performance with support for the faster 802.11ac band, a way to add content feeds, and a faster connection to media devices (Fast Play). They come in three colors: red, yellow, and black for the video device, and plain black (with a yellow audio cable) for the audio device.

Both devices are available today in 17 countries for $35 at both retail and online outlets, including the Google Store.