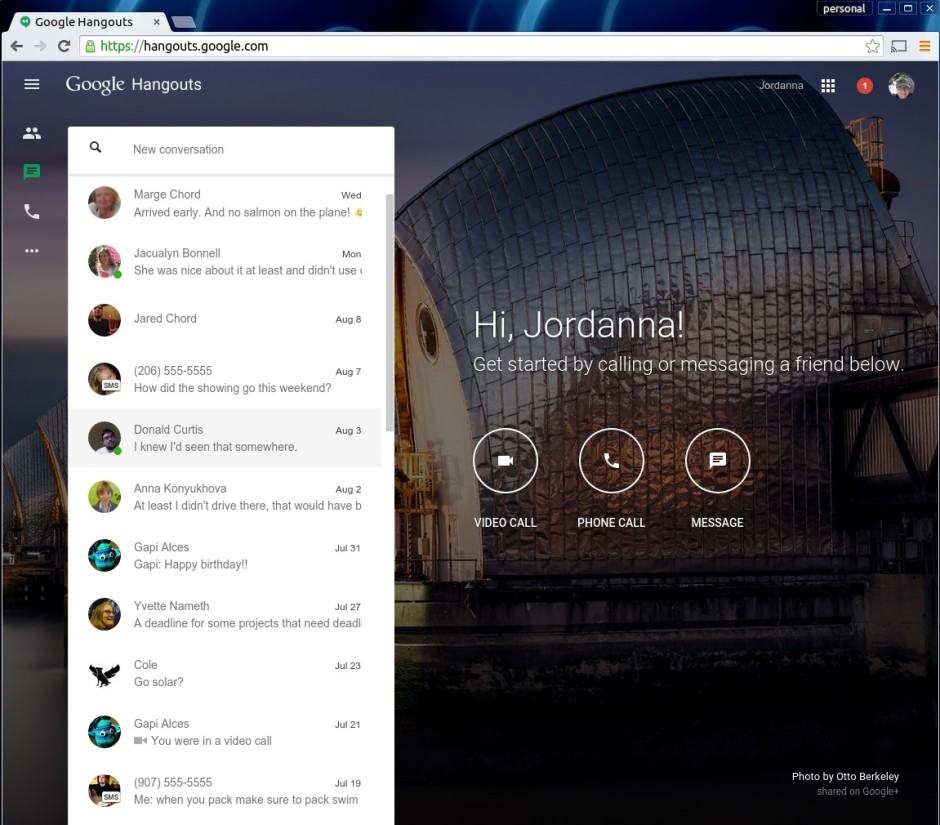 Yet another way to access Google Hangouts. Photo: Jordanna Chord/Google

“We are launching another way to use Hangouts today,” writes Google’s Jordanna Chord on Google Plus. “From our new site you’ll be able to take advantage of the best of Hangouts in the browser, along with an inspiring image to get you through the day.”

Now you’ll be able to keep in touch with all your Hangouts-using buddies in any web broswer, including Safari, without having to run Gmail or Google Plus (or the Chrome app).

The current iteration of Hangouts took over from Google Talk, Google+ Messenger (previously known as Huddle), and the original Hangouts, which was created only for video chat. All you need to use the new Hangouts is a Google account, which you’ll have if you use either Gmail (and who doesn’t?), Google Plus, or any other of Google’s dozen-odd services like Adsense or Analytics.

All you need to do to use Hangouts in Safari is to navigate to either hangouts.google.com or talkgadget.google.com and log in with your Google account. If you’ve used Hangouts before, you’ll see a list of your most recent conversations to the left, and three buttons to the right that let you choose a Video Call, Phone Call, or Message.

It’s all very simple and slick, and it keeps you from having to run either Gmail in a separate tab or run Chrome to run the Chrome app for Hangouts, which requires that Chrome run in the background, which itself has a tendency to hog your CPU.

You’ll get all of Hangouts functionality right in your preferred web browser, which is pretty great.

Hangouts web app doesn’t seem to work in Safari on my iPhone, however, but perhaps that’s coming soon.