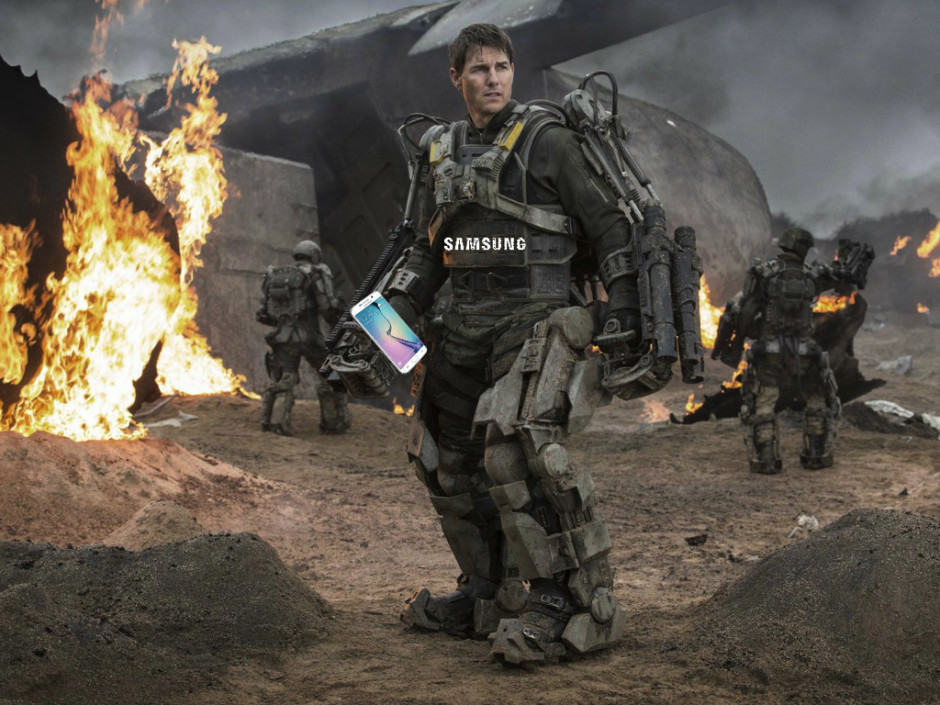 The future of war? Photo: Cult of Android/Edge of Tomorrow, Warner Bros.

Samsung works in a lot of areas besides smartphones and, according to a recently published patent, one of those could soon be… Edge of Tomorrow-style soldier exoskeletons?

As described, Samsung’s wearable robot would be affixed to the legs of a user, and would greatly enhance the strength of its puny human users by generating an auxiliary torque for assisting muscle power.

Well, at least this is one idea they probably didn’t borrow from Apple! 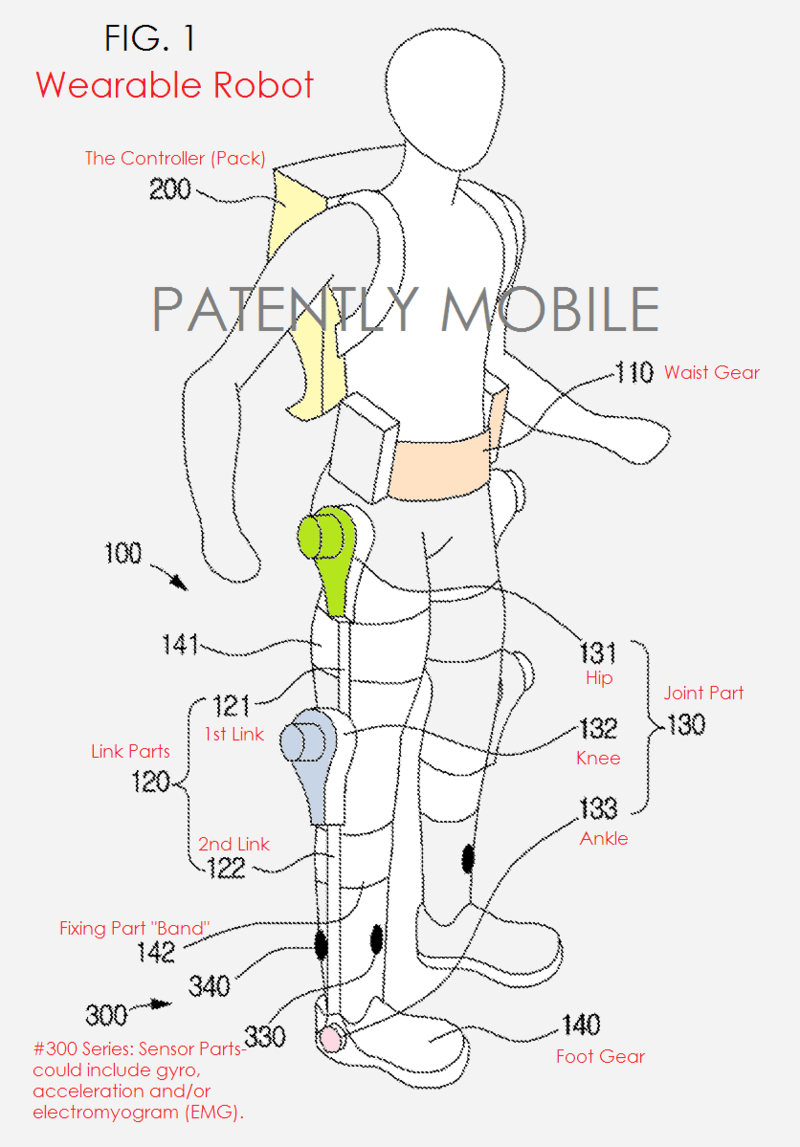 An illustration of how Samsung’s exoskeleton may work. Photo: USPTO/Patently Mobile

The patent details how the device could be attached to different muscles in the leg, and could use a variety of smart sensors to establish what movement a user is attempting to perform, and then aid with this.

While Samsung mentions soldiers as a great use-case for the technology, it would also have potential application for industrial workers (perhaps those working in a warehouse), or helping disabled people or the elderly to walk again.

This isn’t the first time that Samsung has explored robotics. The South Korean tech giant has already developed a robotic military sentry capable of identifying targets at a distance of two miles by way of heat and motion detectors. Packing a 5.5mm machine gun and a 40mm grenade launcher, the SGR-1 is currently installed along the border with North Korea.

Another patented Samsung robot would be capable of walking over or scaling obstacles — and could be used for tasks such as space exploration or, again, military purposes.

All the better for Samsung if the patent war with Apple ever turns a bit nastier!