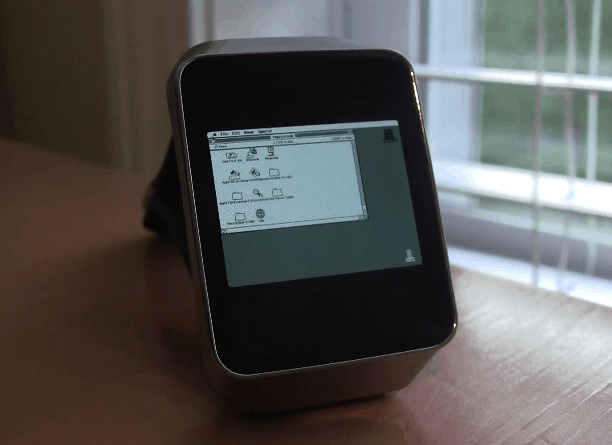 Released in 1987, the Macintosh II was a significant breakthrough for Apple, being the first Mac to boast color graphics. Now close to 30 years later, an enterprising fanboy has figured out how to squeeze a fully-functional version of Apple’s System 6 O.S. onto an Android Wear smartwatch.

And despite being completely impractical, it’s pretty darn cool!

The hack was put together by teenaged Corbin Davenport, who wasn’t even born at the time the Mac II came out. He’s previously gotten everything from Minecraft: Pocket Edition to Windows 95 running on the Samsung Gear Live, but this is by far my favorite.

Using the VMac II emulator available in the Google Play Store, it’s safe to say that this is just about the only thing that could make your average Apple Watch early adopter green with envy.