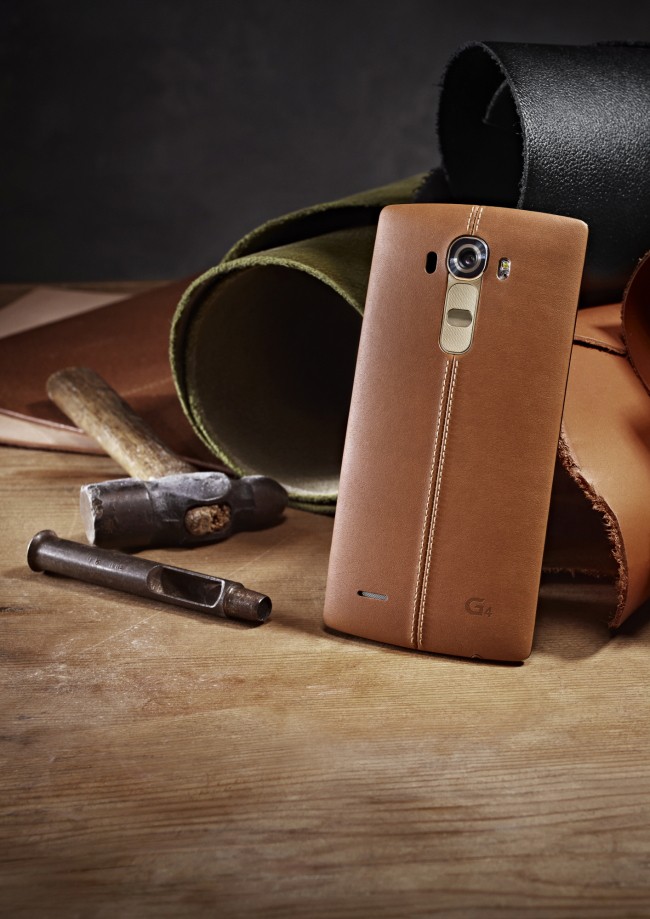 The LG G4’s leather stitching is so fine, Steve Jobs would love it. Photo: LG

Now that the Samsung Galaxy S6 has finally gone on sale the Android world is turning its attention to LG’s new flagship smartphone, the G4.

We’ve seen a few glimpses of the leather-clad phone which will make its debut on Wednesday, and according to LG’s spokes person, it’s so gorgeous, even Steve Jobs would love it.

According to a report from the Korea Herald, an ‘industry official’ remarked at the official unveiling of the flagship smartphone phone that “If Steve Jobs were alive today, even he would have liked the G4.”

Just looking at the leather stitching makes us cringe, especially considering how disgusting my leather iPhone 6 Plus case got after just a few months of use. I can’t only image how much more grungy a the leather back of the G4 will look like after 12 months of being thrust in and out of dirty pockets.

“Users will be able to get a better grip of the hand-stitched leather back, which, unlike other materials, will become softer and show a unique sheen over time,” said an LG Electronics official.

Other features are expected to include a ‘DSLR-quality’ rear-facing camera aperture with a low F1.8 setting. It will also pack a 528-pixels-per-inch IPS display, that’s 50% brighter and 30% more efficient. Whether that will be enough to steal some shine from the iPhone remains to be seen though after Apple just reported it’s second highest quarter of iPhones sales ever.