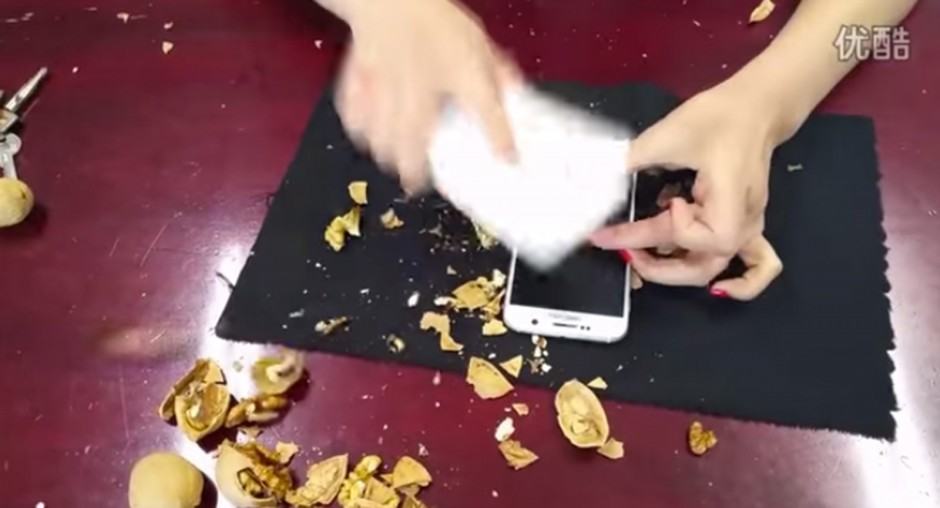 Who knew you could crack walnuts with a Samsung Galaxy S6? Photo: S6 Tester/YouTube

Should an Android app instructing people how to chop walnuts ever get developed, don’t be surprised if the first order of business is this: Place walnuts on surface of Galaxy S6. Then begin smashing nuts with another S6.

A pair of YouTube videos showing people using their S6 to crack walnuts may be a commentary on the durability of the Samsung phone versus say a certain smartphone that some say bends over time in a tight pocket.

Both videos end with the hands of the nut smasher flipping the phones screen up and turning them on to show they still work. Before you halt your search for your misplaced nutcracker, it is not known whether the videos are the products of pranksters using some sort of visual trickery. 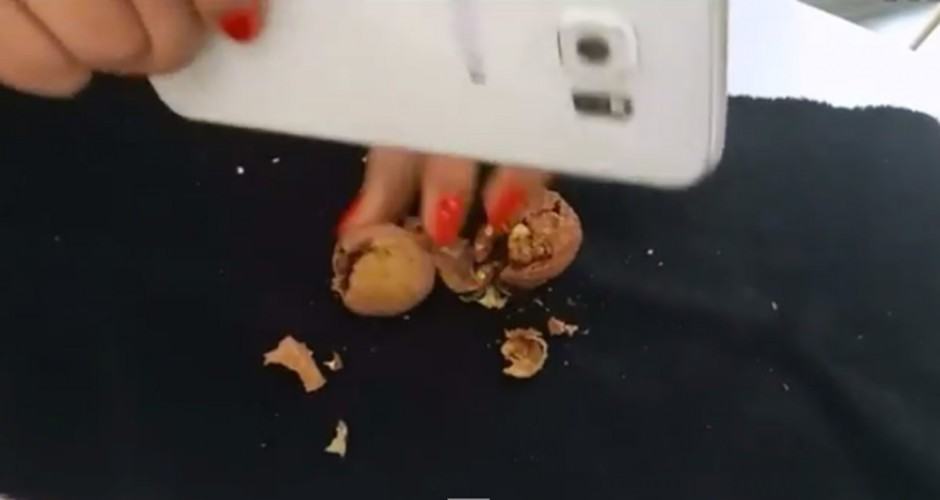 If you only have one Galaxy S6, turn it on its side edge to crack the nuts. Photo: Dark Skill/YouTube

The videos appeared on YouTube appeared in late March. The one using two phones was posted by S6 Tester, while Dark Skill showed it only takes one phone. Just turn it on its side and use a carefully aimed edge in a downward striking motion.

The Daily Dot first brought attention to the videos on Sunday, posing the obvious question: Just because you can, should you.

Should legitimate durability tests prove the S6 to be a formidable tool in kitchen, it may put to rest the initial concerns that the glass panel on the phone would be too fragile.