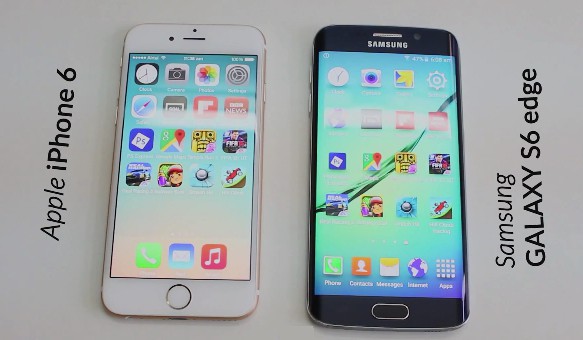 Speed isn’t the only reason to buy a smartphone, but it’s certainly interesting to see how Samsung’s new Galaxy S6 stacks up against Apple’s bestselling iPhone 6.

Thanks to YouTube user Android GameE, we have our first speed test of what, undoubtedly, will be many. Given the fact that Apple’s latest iPhone has been the most successful in the company’s history, while Samsung is banking on its S6 to turn around its ailing mobile division, it certainly makes for interesting viewing.

Who wins? Check out the video below.

For those unable to watch the video for whatever reason, the Galaxy S6 wins a contest to open and close multiple apps in turn by 8 seconds, although it’s definitely possible to take issue with how “scientific” the speed test is.

Either way, if this difference continues to play out as more speed tests roll in, it speaks favorably of Samsung’s new device — particularly given how many more pixels its display is pushing around than the iPhone 6, thanks to the Quad HD display.