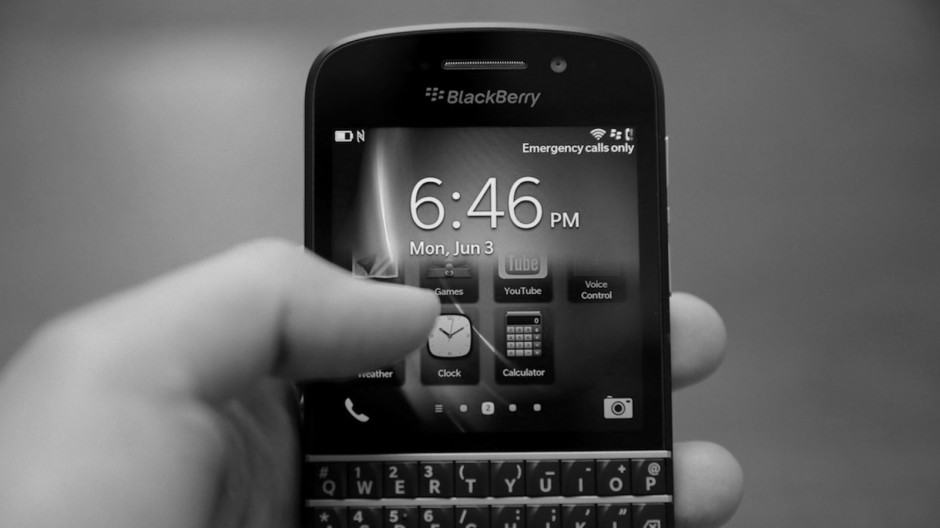 BlackBerry’s employees were caught using iPhones on Twitter recently, but the company could be trading in their CrackBerry keyboards for a Samsung Galaxy S6.

Samsung has recently approached BlackBerry with an offer to buy the company for $7.5 billion. The BlackBerry brand has been in decline ever since 2007 when the iPhone ushered in a new age of smartphones, but Samsung is reportedly interested in gaining access to the company’s patent portfolio.

An initial price range of $13.35 to $15.49 per share was initially proposed by Samsung, according to a report from Reuters. That price would represent a 38% to 60% premium over the current price of 12.90 per share. BlackBerry shares have climbed nearly 30% since the news hit today.

BlackBerry announced in 2013 that it planned to be purchased for $4.7 billion by a private group led by Fairfax Financial. That deal fell through but Fairfax still invested in BlackBerry, purchasing a small ownership stake. BlackBerry has since released a new BlackBerry Classic smartphone with a 3.5 inch touch screen.

Samsung is looking to buy the company for as much $7.5 billion in order to gain access to its extensive patent portfolio. Reuters reports the initial offer implies an enterprise value of $6 billion tp $7.5 billion and assumes conversion of $1.25 billion of convertible debt.

Update: BlackBerry released an official denial to the acquisition rumor: