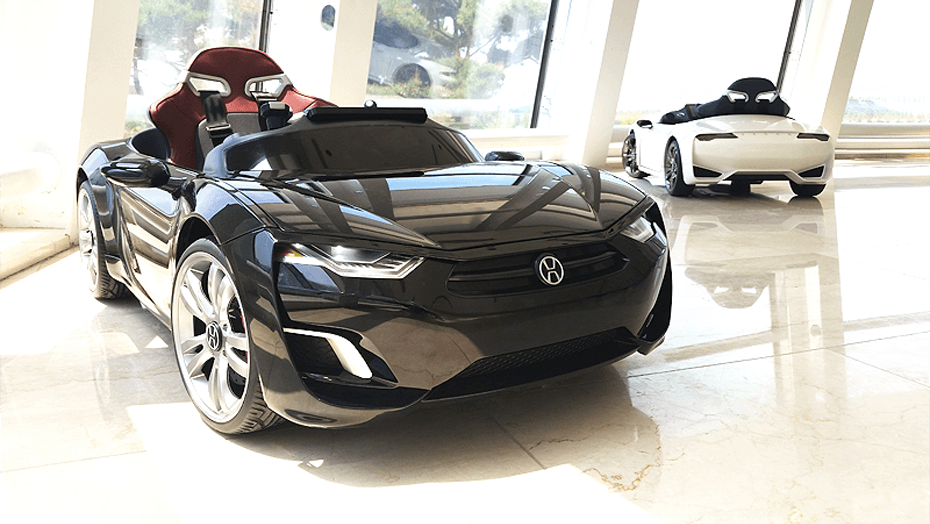 You know that feeling when your 5-year old kid drives a better car than you? That may be set to become a reality thanks to Henes, which recently revealed its Broon F8 child-sized electric supercar — boasting state-of-the-art design, adjustable driving modes and, oh yes, a 7-inch Android tablet in-dash infotainment system.

Not only can the tablet be used for controlling headlamps, alerting the driver of potential faults, and switching between manual and auto braking modes, but it’s also possible to switch the car over to a Bluetooth-based remote control — letting mom or dad pilot it around, while your kid uses the screen to watch movies or play around with the car’s sound system.

The car itself won’t be cheap, of course. Apparently it’s set to cost between $895 and $1,000, but is currently still in the prototype stage, which means that the would-be driver in your family may be waiting a bit longer before they can pull up at kindergarten in their very own set of wheels.

You can find out way more information about the Broon 58 at its comprehensive mini-site, or else check out the video below.