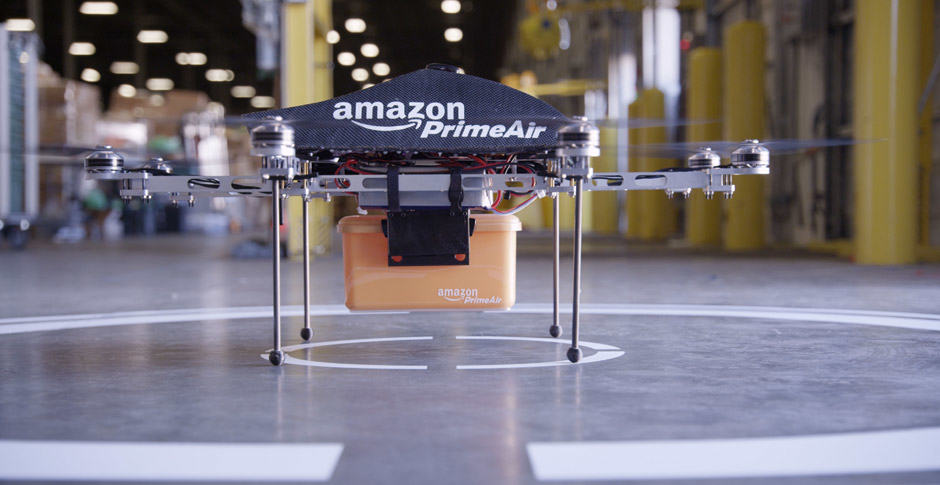 The FCC is the one thing standing in the way of receiving your Christmas shopping by drone, says Jeff Bezos. Photo: Amazon

It’s been a while since we’ve heard a peep from Jeff Bezos, regarding his plans to deliver Amazon packages by drone — and now we know why: he’s busy battling the Federal Aviation Administration regarding the use of unmanned aircraft.

Amazon sought permission from the FAA back in July to test drones near to Seattle, but the FAA has apparently been slow to grant its approval.

Bezos reportedly has a plan, though, and it means that U.K. Amazon users may be able to try out the bold new delivery system ahead of their American cousins, since Amazon is threatening to its drone research overseas if it doesn’t get permission to test-fly in the U.S. soon.

Compared to the mountains of paperwork such flights require in the U.S., in the U.K. no paperwork is needed whatsoever. Because of this, Amazon recently started test-flying drones above a private field near Cambridge, England.

“Without approval of our testing in the United States, we will be forced to continue expanding our Prime Air R&D footprint abroad,” wrote Amazon’s vice president of global public policy, Paul Misener.

Bezos has said that regulation — not technology — is the biggest challenge faced in making drone deliveries a reality.

The Amazon CEO first announced his plans for “Amazon Prime Air,” a.k.a. delivery drones capable of transporting packages up to 5 pounds to your house, during a segment on 60 Minutes this time last year.

Do you think the FCC should lighten up on its rules for the sake of innovation, or are we not yet ready for delivery drones?