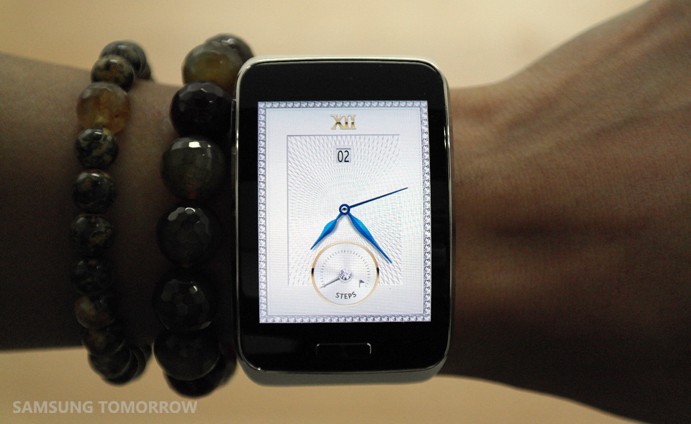 Want to read an impartial, in-depth review of Samsung’s latest Gear S smartwatch? Why not read one from your old trusty friends at Samsung itself.

In an hilarious titled “unofficial” review, Samsung’s official blog takes a few minutes out of its busy Samsung-promoting day to, well, promote Samsung.

Describing what sounds like the world’s best ever gadget, Samsung’s Corporate Communications team try their damndest to turn out a 1,000-word review which doesn’t make the Gear S sound like Samsung just threw everything smartwatch-related at the wall and hoped something would stick.

Read on to find out what they concluded. (Spoiler: they really, really liked it.)

If you believe Samsung, the Gear S’s features are spectacular, its messaging and S Voice functionality are even better, and the UI? Forgetaboutit, it’s flawless! As the author writes, “I have to say, the UI of the Gear S is as intuitive as it gets.” Yep, we bet he really does have to say that.

“Normally, it isn’t really my forte to talk about the specifications, but what Gear S houses definitely deserve a shout out,” he exclaims in another highlight. The watch faces, meanwhile, are all “stylish” and “I don’t know about you guys, but the luxury looking ones are my favorite.”

Oh, did he mention already that it’s comfy on your wrist? It totally is, you know.

The “review” ends with the off-hand comment that, “Overall, as much as this may sound biased, Gear S is awesome,” along with a request that readers leave “a kind comment so that you don’t hurt my feelings.”

My favorite reader message? “I think I missed the part where the reviewer goes over this device’s shortcomings.”

In all, the move is so brazen and hilariously misjudged that it almost makes Samsung seem endearing. Then you remember that this is the same company that brought you corporate rap videos and a Glee-style sitcom about the happy lives of its employees, and everything starts to make a bit more sense.