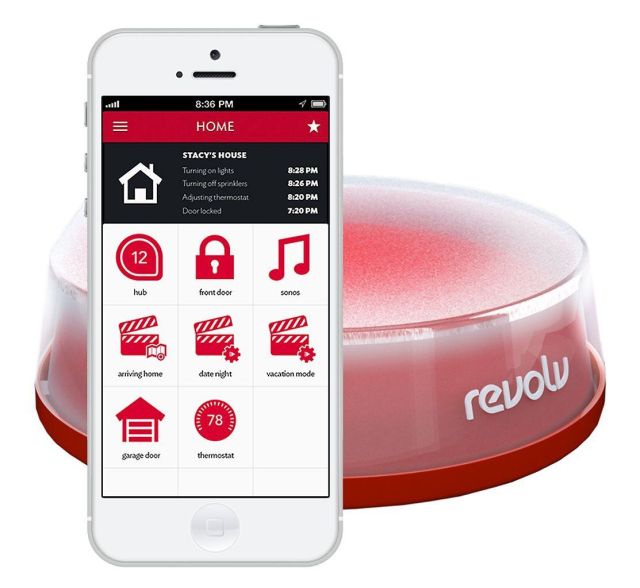 Revolv was snapped up by Nest — although it doesn’t look like it’ll remain revolving for long. Photo: Revolv

Nest has acquired Revolv, the Colarado-based startup which allowed users to control their smart home devices from a single interface using their smartphone.

No price has yet been announced for the purchase, which follows Nest’s $555 million Dropcam purchase back in June, and Nest’s own acquisition by Google for a massive $3.2 billion earlier this year.

In a conversation with Cult of Mac back in June, Revolv’s co-founder Mike Soucie described Apple’s entry into the space with its HomeKit feature on iOS 8.

“Apple’s entry into the smart home market will undoubtedly raise awareness with consumers, which will be advantageous for Revolv and other startups in the market,” Soucie said, noting that he looked forward to working with Cupertino to “enhance the smart home user experience.”

Jump forward to October, however, and it doesn’t seem that he’s going to get that chance with Revolv — since Nest reportedly plans to shut the service down.

The company’s $300 home automation hub will no longer be available for sale, while Revolv’s website already describes it as “a Nest company.” The service will remain active to existing customers for now, while the iOS app is currently still available to download — although it’s unlikely to receive more updates any time soon.

Instead, it seems that the purchase by Nest revolved (no pun intended!) around getting hold of the team’s expertise in home wireless communication.

Revolv was one of the first partners for Nest’s “Works With Nest” program. According to the company’s website, Revolv data (as with Nest data) will remain separate from Google.