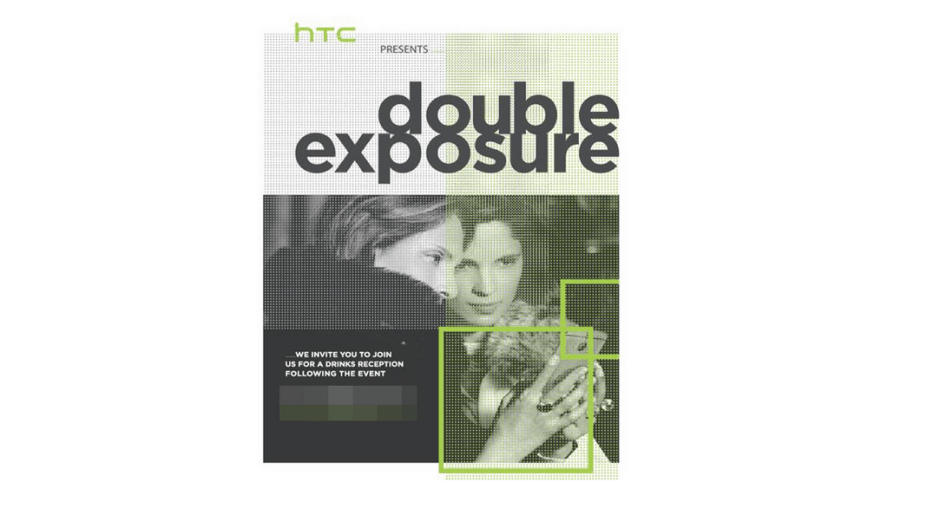 HTC has started sending out invites for a ‘Double Exposure’ event it’s holding in New York on Wednesday, October 8. Unfortunately, the invitations don’t reveal too much about the upcoming event, but it does show two women holding an HTC One (M8) presumably taking a selfie.

We’re unsure as to what the Taiwanese company will unveil at its press conference, but if the contents of the teaser image, pictured above, is anything to go by we wouldn’t be wrong in thinking that a selfie-orientated smartphone equipped with a beefy front-facing camera — just like the Sony Xperia C3, maybe on its way.

On the other hand, the inclusion of the two ladies taking a selfie may just be a ploy, and HTC could be gearing up to launch the ‘almost official‘ Nexus 9. This seems likely, too, as recent rumors have suggested that Google will unveil both a new Nexus tablet and smartphone before Thursday, October 9.

By now you’re probably asking yourself: What does ‘double exposure’ have to do with the Nexus 9? Well a selection of reliable leaks have revealed that the company is planning to implement a DuoCamera system in the upcoming tablet, together with BoomSound speakers and a metal unibody design.

For now, though, we’re just going to have to wait and see, but do be sure to check back as Cult of Android will be bringing you live coverage of the event.