According to a new report from Canalys, Xiaomi is now the number one smartphone OEM in China based on the number of units shipped in the second quarter of 2014.

The world’s number one smartphone maker — Samsung — came in second and saw its market share shrink considerably in one of the most competitive and price sensitive smartphone markets of the world.

Except for Samsung, all the other OEMs in Canalys top 5 list are Chinese and includes Lenovo, Yulong and Huawei in the third, fourth and fifth position, respectively. Considering that Xiaomi released its first smartphone in 2011, it has come a long way in a very short time. 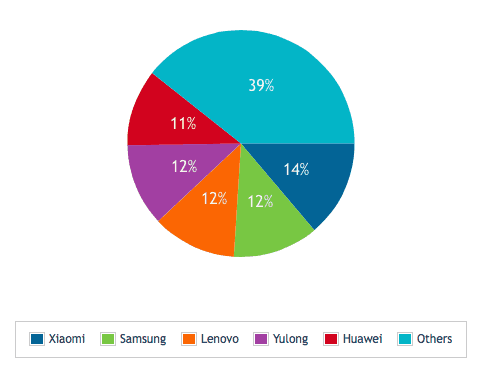 Interestingly, Apple does not even figure in the top 5 list, but this understandable since the iPhone is a high-end smartphone and the Chinese market is extremely price sensitive in nature.

Outside of China, things are slightly different with Samsung ruling the chart. However, with the Korean company’s market share falling and Xiaomi all set to become one of the top five OEMs in the world later this year, Samsung’s position is clearly under threat here.