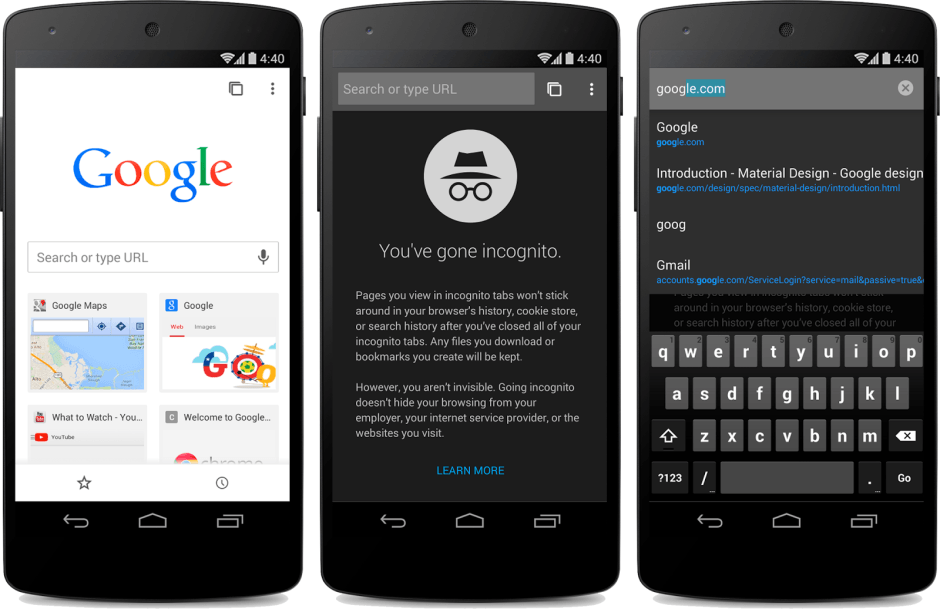 Google has started rolling out a new update for Chrome Beta for Android that brings with it a simplified sign-in process and some design elements from the company’s new Material Design language.

The simplified sign-in will automatically sign users into all Google related apps and services like Maps, Search etc. if they are already signed into Chrome. This feature will also work if users have multiple accounts logged into Chrome.

Even though the update brings a partial Material Design update, it gives Chrome beta for Android a very sleek and modern look. There are new animations throughout the UI as well.

Apart from the above, the build also contains “lots of bug fixes and performance improvements.” You can download Chrome beta for Android from the Play Store or simply grab the APK of the latest update here.