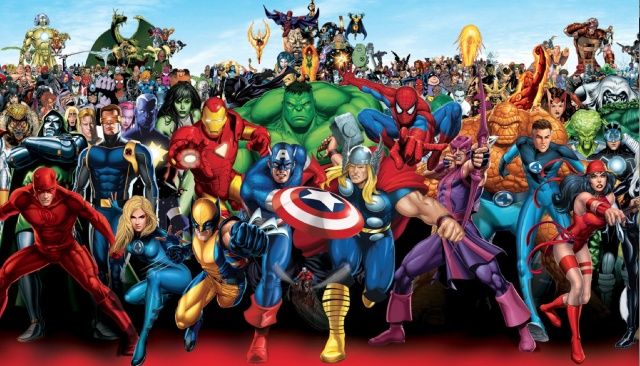 If you’re a fan of Marvel Comics (and, frankly, who isn’t?) you’ll likely be pleased as punch to hear of the publisher’s latest offer.

To celebrate Comic-Con International, Marvel is opening up its online archive — consisting of more than 15,000 books that date back as far as the Golden and Silver ages — for the princely sum of one dollar.

That’s right: For just a dollar a month, readers can gain access for a month to a veritable all-you-can-eat buffet of superhero books, readable on Android and iOS as well as PC and Mac.

In addition to scanned versions of print comics, the offer also extends to Marvel’s experimental Infinite Comics line, which are designed with touchscreens in mind and feature video and audio content that changes as you swipe from panel to panel.

A normal subscription to the Marvel Unlimited service costs $69 per year or $9.99 a month. But at the rock-bottom intro price of just $1 for the first month, which you will get if you enter the promo code SDCC14 during signup, is there any excuse not to let your geek flag fly? I don’t think so. Just be aware that after the first month, your subscription to the service will auto-renew at the regular price.