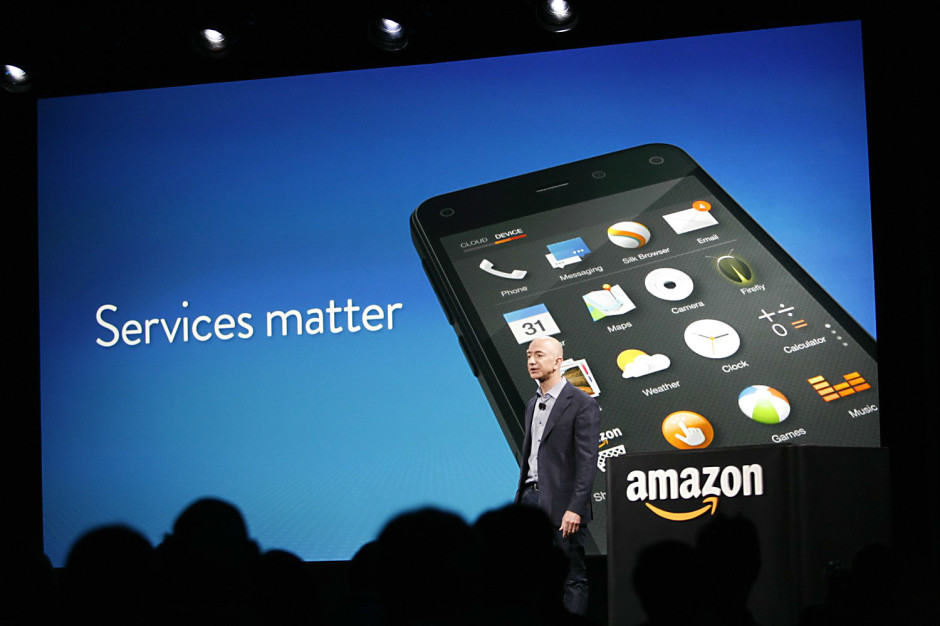 Jeff Bezos may be ready to roast the Galaxy and iPhone with his much-discussed Amazon Fire Phone, but judging from the first round of reviews, the handset is more of a damp squib than a firestarter.

Ahead of the smartphone’s launch tomorrow, and with the embargo lifted on the early review unit handsets, we’ve finally got an idea of how Bezos’ intriguing pet project has panned out.

And, unfortunately, “panned” seems to be the right word to describe it.

Writing for The Verge, David Pierce marks the phone 5.9 out of 10, and likens the Fire to the first generation Kindle: “a device with so many features, so many ideas, that it has either forgotten or ignored what it’s supposed to be for.” The Fire Phone may be good for shopping, he says, but it’s not good for, you know, phoning people.

“Smartphones are for work, for life,” Pierce writes. “They’re not toys, they’re tools. Amazon doesn’t understand that, and the Fire Phone doesn’t reflect it. Amazon’s first smartphone is a series of interesting ideas in a package that is somehow much less than the sum of its parts.”

Over at Re/code, Walt Mossberg echoes much the same sentiment. While crediting Jeff Bezos for trying something different from the usual swipe interface we’ve come to expect as standard, he notes that Amazon’s new features are less useful than he expected, and in some cases are “outright frustrating.” He also claims that the Fire Phone lacks some key features found on Android and iPhone devices.

Gizmodo’s Eric Limer is harsher still, writing that at the moment smartphone owners are “better off with just about anything else.”

“In an alternate universe, it’s possible to see how a dirt cheap Fire Phone touting Firefly as its killer feature could have filled some sort of niche need for technology averse Amazon junkies,” Limer writes. “But as it stands—a premium quality phone with decent but not great software that attempts to hang its hat on a mainly on a gimmick—the Fire Phone isn’t something you want in your pocket.”

The Wall Street Journal for its part describes the phone as “full of gimmicks, [but] lacking basics” and dismisses its “technological bells and whistles” as things that “seem clever, for about a day.”

Not everyone is quite so damning of the Fire Phone, but most reviews boil down to the same observations: that while it’s not terrible across the board, the features that do work well (the camera, form factor, and 4.7-inch screen size, for instance) aren’t so markedly better that it offers a compelling reason for people to switch. Other features like the eye-tracking Auto Scroll lack the intuitive feel of swipe gestures.

As Gizmodo puts it: “None of the Fire Phone’s flaws are totally insufferable, but there’s just no reason to suffer them at all. Fire OS is workable but mediocre as a smartphone operating system, and the hardware doesn’t bring anything to the table that counteracts that.”

By entering the smartphone game seven years late, there’s no doubt that Amazon has its work cut out — particularly in a “superstar market” dominated by established names.

All isn’t lost of course. The first gen Kindle was rounded slated as being inadequate, and Amazon was able to take the criticism on the chin and use it to refine future iterations of the product. Could the same happen with the Fire?

More innovative rather than derivative products can never be a bad thing to have on the market, even if it only serves as a free testbed for other companies like Samsung and Apple to see what could be implemented in their own product lines.

But for now it sounds like early customers of the Fire Amazon Phone — which will become available for purchase July 24, exclusive to AT&T — are the only ones likely to get burned.