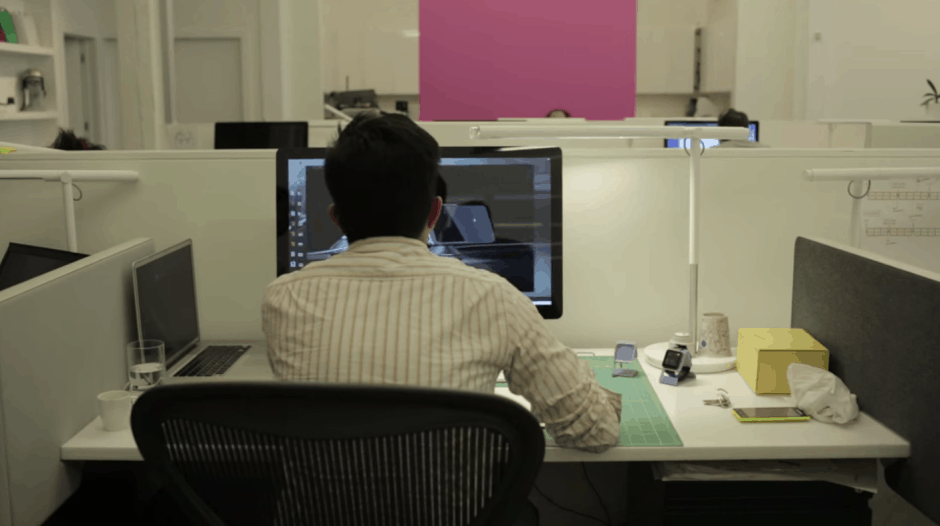 HTC’s upcoming smartwatch has been the talk of the town for a while now. We know it’s on its way, but we haven’t seen any evidence confirming that its hit the production line, yet. Until now, that is. Today its been brought to our attention that the Taiwanese company has showcased its upcoming smartwatch in a ‘Behind the Scenes’ video it uploaded to YouTube a couple of weeks ago.

The watch can be seen sitting on a stand just 35-seconds into the video. It’s unclear at this point whether the stand is there for ornamental purposes, or so developers can see the device whilst they’re coding applications or if it is, in fact, a wireless charging base.

Unfortunately, the camera isn’t close enough to identify any key features of the smartwatch, but we can tell that it has a square screen, probably around 1.6-inches, similar to LG’s G Watch and Samsung’s Galaxy Gear Live. This means that the Moto 360 is still the only device running Android Wear to have a radial display. From what we can see, the design certainly seems to match up to a render published by @Evleaks just a few days ago.

Are you a fan of HTC’s smartwatch design? How do you think it compares to the rest of the Android Wear devices on the market? Be sure to let us know in the comments section down below.