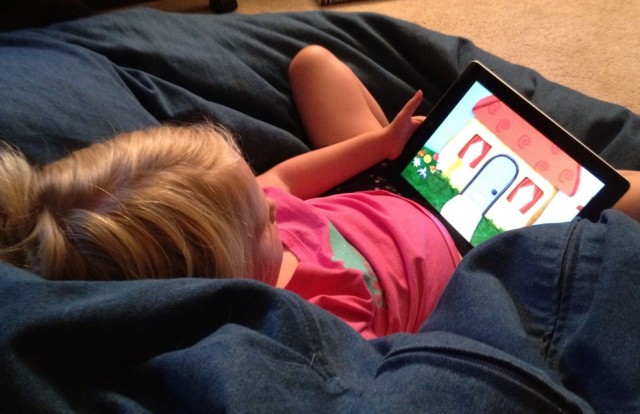 The European Commission has issued some words to Google and Apple about both companies’ steps to ensure children don’t rack up huge amounts of money on in-app purchases without their parents’ permission.

In a statement released by the Commission on Friday, Google is praised for a series of changes that will be put in effect by the end of September — while Apple finds itself on the receiving end of some harsh criticism.

Writes the Commission regarding Google’s policies:

“These include not using the word “free” at all when games contain in-app purchases, developing targeted guidelines for its app developers to prevent direct exhortation to children as defined under EU law and time-framed measures to help monitor apparent breaches of EU consumer laws. It has also adapted its default settings, so that payments are authorised prior to every in-app purchase, unless the consumer actively chooses to modify these settings.”

Apple, on the other hand, receives the following appraisal:

“Although, regrettably, no concrete and immediate solutions have been made by Apple to date to address the concerns linked in particular to payment authorisation, Apple has proposed to address those concerns. However, no firm commitment and no timing have been provided for the implementation of such possible future changes. CPC authorities will continue to engage with Apple to ensure that it provides specific details of changes required and put its practices into line with the common position.”

Apple has already responded to the critique, telling the UK’s Guardian newspaper that it “takes great pride in leading the industry in parental controls that are incredibly easy to use and help ensure a great experience for parents and children on the App Store.”

Apple also points out that it has established parental controls within iOS that are “strong, intuitive and customizable.” Cupertino additionally notes that over the past year it has made sure to clearly mark apps which require in-app purchases, while a curated “Kids Section” of the App Store includes even greater levels of protection.

That’s not all the company has done, either. iOS 8 will include an Ask to Buy feature, which requires children to seek permission from parents prior to making app purchases. Apple also has its iTunes Store Allowance feature which lets parents credit a child’s account with money to help manage their spending.

In January this year, prior to many of these changes being implemented, Apple agreed to pay around $32.5 million to settle an ongoing complaint with the Federal Trade Commission regarding children making in-app purchases.

While Google has so far avoided being penalized, that may not be the case for long — particularly given the recent report that Apple’s SVP of legal is making sure that the FTC is kept fully aware of all damning Consumer Affairs reports which criticize Google’s app purchase policy.

At least as the European Commission is concerned, though, Google is currently doing everything it can, while Apple still has a long way to go.