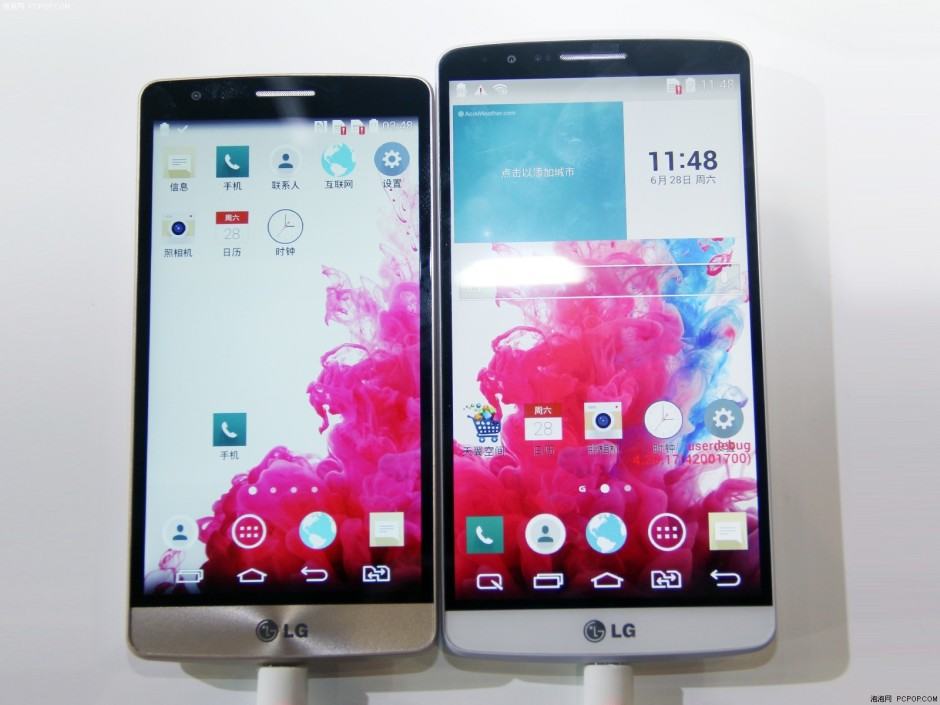 LG’s latest flagship — the G3 — is yet to go on sale in most regions of the world, but that has not stopped  the images of the mini variant of the handset from making its way to the Internet.

Dubbed the G3 Beat, the handset once again pushes the boundary of what really is “mini” in the Android world with a 5-inch screen.

Design wise, the handset looks exactly like a shrunken G3 with extremely narrow bezels and a two-tone color finish. Internally though, the handset is a far cry from the powerhouse that the G3 is and sports some modest internals including a quad-core 1.2GHz processor, 16GB of internal storage with a microSD card slot, an 8MP camera and LTE.

The Beat will come with a 2500mAh battery and ship with Android 4.4.2 out of the box with LG’s latest Optimus UI, and support the company’s QuickCover and other various of accessories. According to the source, the handset will retail for around $400. Since the handset was shown off at a mobile exhibition in China, its release should not be far away.