Look at all those IR emitters (we think those are IR emitters). Photo: Eli Milchman/Cult of Android

In the race to bestow absolute control over your home entertainment paraphernalia, the Blumoo device is a sort of a jack-of-all-trades standout.

Similar to the now-discontinued Griffin Beacon, Blumoo lets you control all your devices that normally work with a remote control — TV, DVR, Bluetooth player, stereo, etc — from an Android phone or iPhone. But it also does double-duty as a Bluetooth streaming device, giving you the ability to stream music to pretty much any set of speakers it’s physically connected to.

We had a little hands-on time with the Blumoo, and came away impressed with the device — but frustrated by the software. Also, unfortunately the Blumoo Android app is a few weeks away from availability, so we played around with its iOS sibling instead; we’re not expecting any major difference when the Android app eventually arrives. Here’s what we liked, and didn’t.

The device’s jacks — power, audio out and an input for an IR extender — all emerge from a flexible tail on the back of the Blumoo, which made hardware setup easy. Setting up devices on the app was just as easy. I quickly found my devices, and within minutes I had my TV and DVR obeying my commands: Touch a button on the app interface, and a message is sent to the Blumoo hardware, which in turn sends a signal to the corresponding device’s IR remote receiver. I could do things like adjust the volume or flip channels on my living room TV from the kitchen. So far so good.

Streaming music is pretty straightforward, and works well, controlled via its own simple window. You can stream pretty much anything that’s on your device — including streaming-music services like Pandora (which we didn’t try). 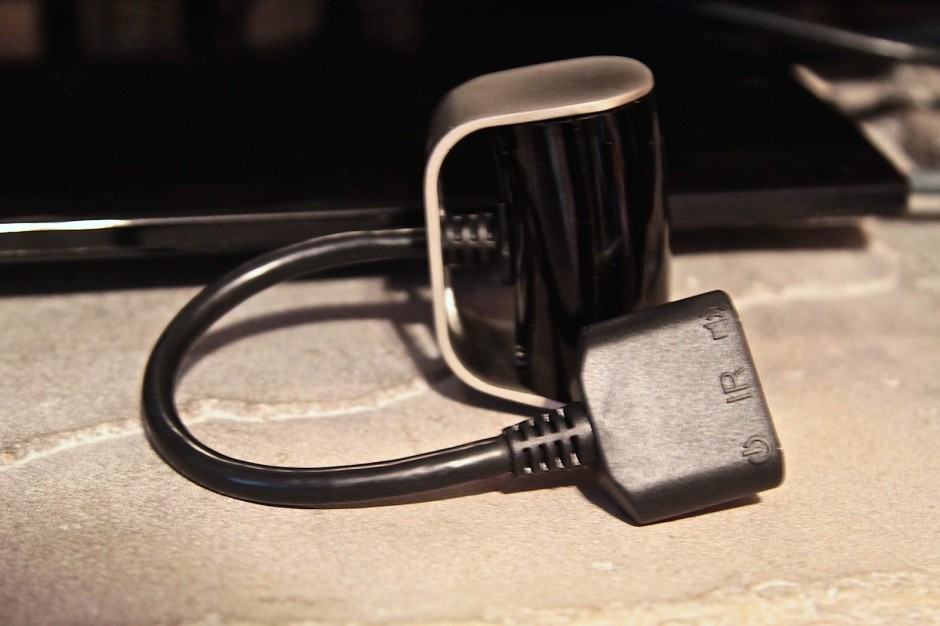 But while the hardware does its job well, the software side of things seems annoyingly unfinished. There’s a good-sized catalog of nuisances. The buttons are small, and can’t be rearranged. Adding/subtracting remotes was initially difficult to figure out. Custom remotes can be created, but the process is slow and not user-friendly. Did I mention how small the buttons are?

The Blumoo has some neat TV-focused added features, like the ability to call up a channel guide, or to look up details of the program you’re watching. But like the rest of the software package, it lacks detail, polish and features. Luckily for Flyover Innovations, the outfit behind Blumoo, polishing software is much easier than fixing hardware

If you didn’t snag a Blumoo while it was an Indigogo campaign, they’re available now for $130 at Bumoo.com. 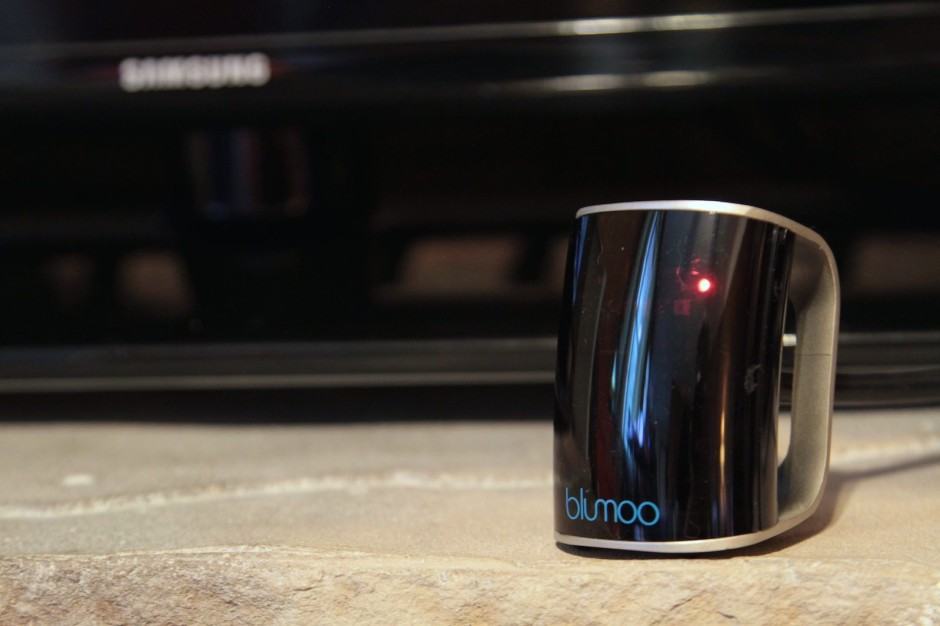