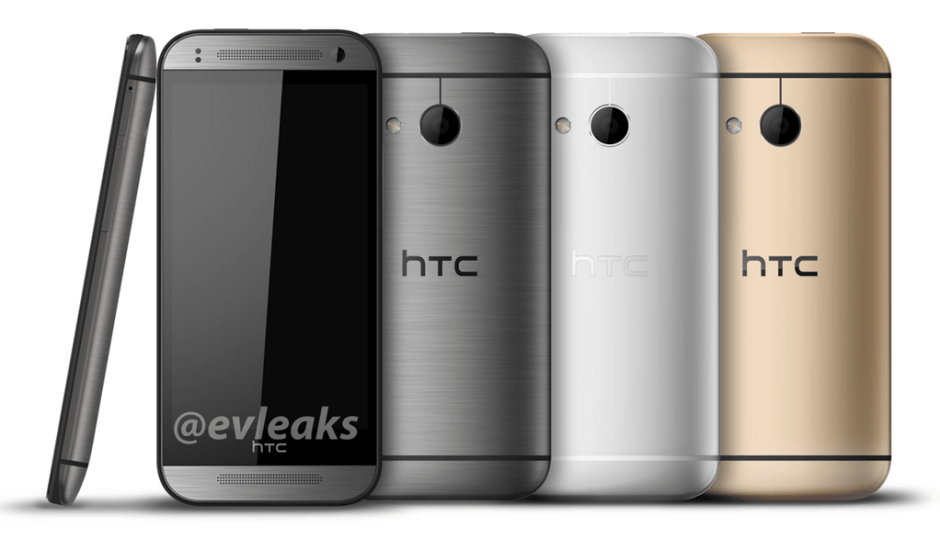 It is no secret that HTC is working on a mini version of the One (M8), just like it released one last year. Now, thanks to famed phone leaker @evleaks, we have our first look at how the HTC One mini 2 is going to look.

From the leaked press render, it is quite clear that the One mini 2 is ‘mini’ version of its bigger brother and unlike its predecessor, does not make use of any plastic to cut down on the manufacturing costs.

Even though the One mini 2 will look like a scaled down One (M8) from outside, it is going to pack very modest specs internally. This includes a quad-core Snapdragon 400 processor clocked at 1.4GHz, 4.5-inch 720p screen, 1GB of RAM, 16GB of internal memory plus a microSD card slot and Sense 6.0.

The leaked image also shows off the One mini 2 in the same trio of colors as the One (M8) is available in including Gunmetal Gray, Glacial Silver and Amber Gold. With the first image of the phone making its way on the Internet, the launch of the One mini 2 is all but imminent in the next couple of months.

However, I cannot help but feel that HTC is making the same mistake as it did last year. The company needs to launch a scaled down version of its flagship handset to ease one-handed usage but with its internal specs intact, just like Sony did with the Xperia Z1 Compact. Instead, the company plans on launching a handset that sports the same specs as the six-month old Moto G with its premium build quality being the only major differentiator.