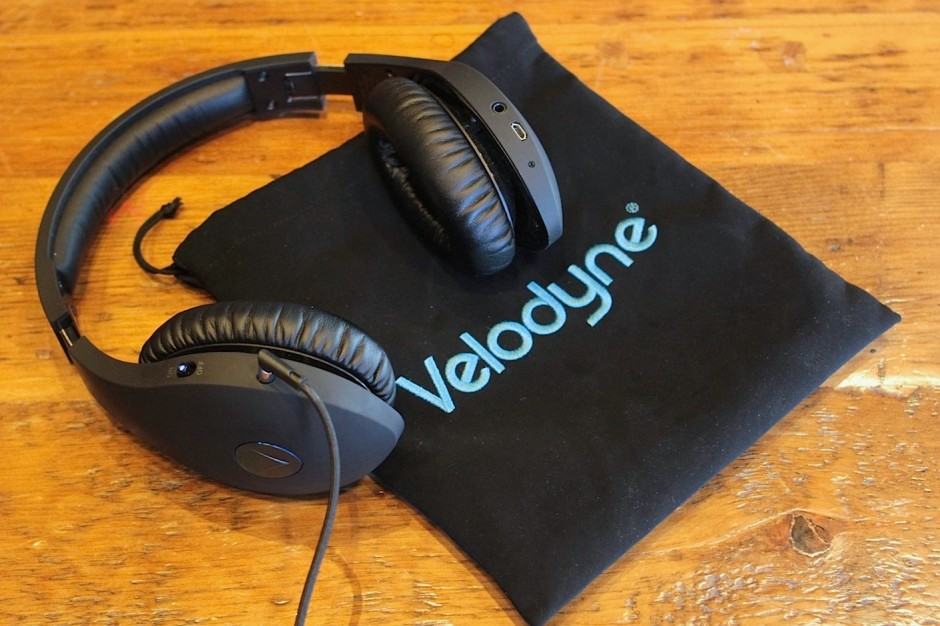 The renaissance of the over-the-ear headphone is at full tilt, and big, flashy cans are everywhere — a phenomenon you can, at least in part, thank Dr. Dre and Jimmy Iovine for. Thank, because it’s a good thing. Because interwoven among the vast army of styles and sounds arrayed for perusal are headphones that specialize: sets that may travel well, or perhaps sate an appetite for tech frills, or even quiet the noisy world.

Velodyne’s vQuiets specialize in all three of the roles mentioned above. As the name probably suggests, they’re the company’s active noise-canceling set, a task it accomplishes, if not excels at; they’re small and fold well, making them a great traveller’s companion; and the set sports a few tech frills. They even sound pretty good. Despite all that — or maybe because of it — the set feels more like a compromise between traits than a shining star.

The most uncompromising trait of the set was undoubtedly its liberating portability. Trip after trip, the vQuiets proved their travel-worthiness by dint of how little space they would take up in my carry-on bag, or how little weight they would add to my backpack. I tend to stuff stuff into a bag until there’s absolutely no space left, but there always magically seemed to be a little nook where the vQuiets could fit. Credit here goes to the smallish earcups, smartly-located hinges and no-bulk cloth carrying case.

Even though the cups seem small for an over-the-ear set, they were perfectly comfortable — up until about three hours of more-or-less constant listening, at which point uncomfortable pressure generally began to make itself felt. The fact that the vQuiets are among the lightest full sets I’ve ever worn certainly helped reach the three-hour mark.

The vQuiets’ marquee feature is obviously the active noise-canceling effect, and set had enough noise-canceling mojo to handle this role properly — unlike some “noise-canceling” headphones that barely make a dent in the ambient noise level (I like to call these sets “noise-lessening”). The vQuiets were excellent at eliminating low-frequency rumbling, though they let though higher frequency stuff, like the high-pitched whine of a Boeing 737’s engines — more so than other premier noise-canceling sets would.

I had the same experience at the local Starbucks: muted chatter with just (muted) high-pitched voices or the odd screeching chair coming through. Also a plus: There was none of the “pressurized” feeling common with some NC ‘phones. The vQuiets aren’t in the top rung of NC sets, but the overall effect was good, and ambient noise was lessened considerably.

The NC feature is powered by an internal rechargeable battery, which is charged via a supplied micro-USB cable.

Just as with their noise-canceling performance, the vQuiets won’t take top honors for sound either; though in this case their was more of a gap between their actual performance and expectations about the quality of sound from a $300 pair of cans.

Bass was good, delivered smoothly and boosted to just about the right level. The orchestral flourish of Hybrid’s Finished Symphony sounded sweeping and appropriately dramatic, for instance. Highs were relatively clear, if not bright.

On the other hand, the soundstage sounded somewhat compacted, smushed, and mids were too muddy. I was also surprised by the set’s worst habit: a tendency for the drivers to sometimes buzz and crackle when struggling with some guitar passages.

It’s safe to this isn’t a set for audiophiles. But for those listening to mostly lounge, other electronica, country or pop, the vQuiets’ smooth, unassuming bass will probably sound good enough. And luckily, unlike some NC sets, the sound quality doesn’t suffer much if the juice happens to run out.

The vQuiet’s coolest extra feature is a passthrough button hidden under the logo on the outside of the left cup: press it and all sound ceases as long as it’s being held down, and is much easier than fumbling for the track controls when the flight attendant stops by your row taking orders for drinks.

I’d like to grumble about the thin cloth carrying case not being up to par with the vQuiet’s $300 pricetag, but the fact that a more substantial case would get in the way of the set’s portability quiets the feeling.

There’s a microphone and track/phone controls on the detachable cable, and Velodyne elected to equip the vQuiet with volume controls as well (which will only work on Apple devices).

The vQuiet is a classic case of the whole seeming greater than the sum of its parts. Neither its sound quality not its luxury-quotient match its price, and there are noise-canceling sets in the same price range better at actually canceling noise (though not many). But it might charm frequent travelers as an easygoing set that does a bit of everything. 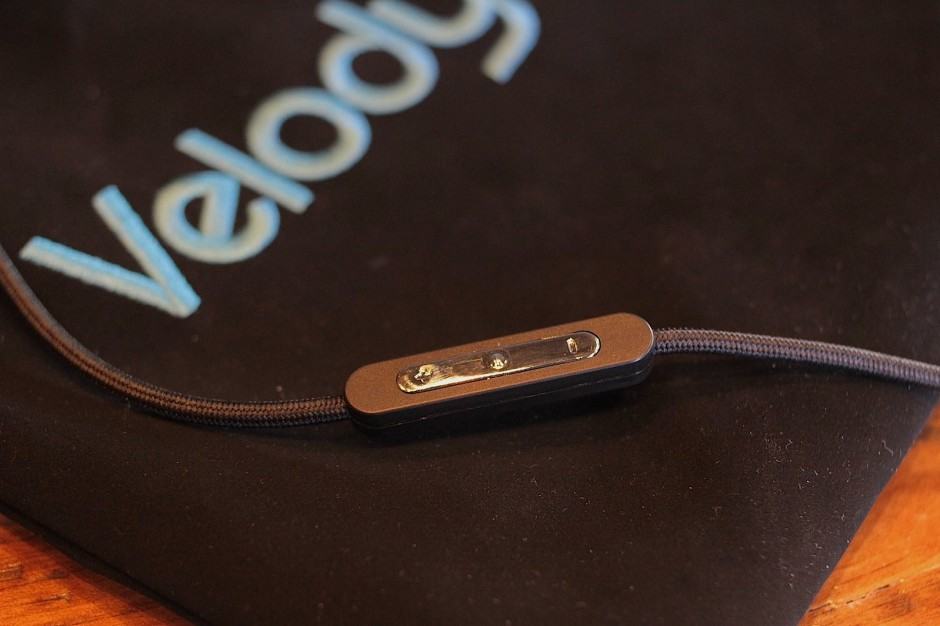 Easy to use controls with a good feel. 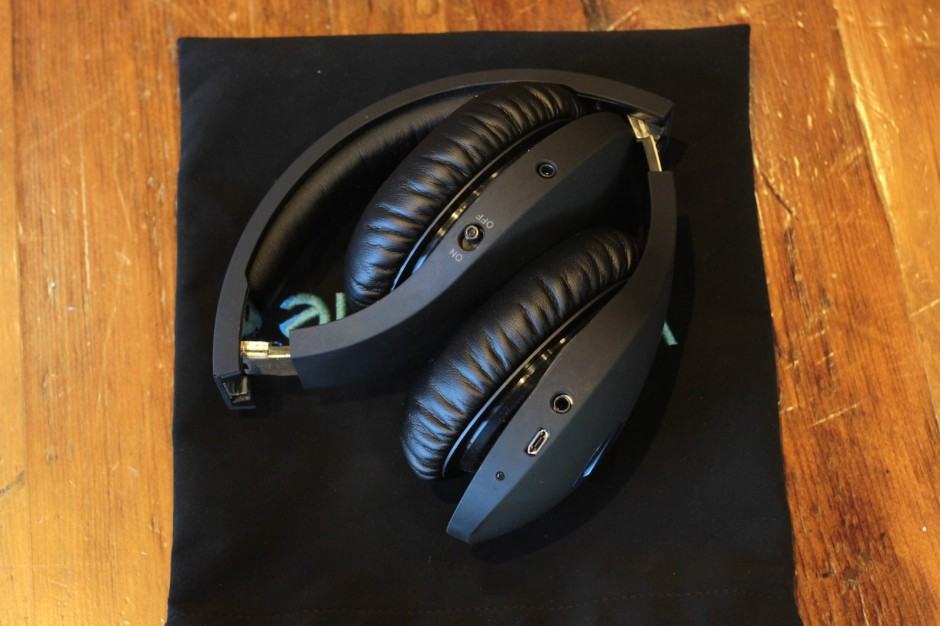 A standout characteristic of the set is its portability. 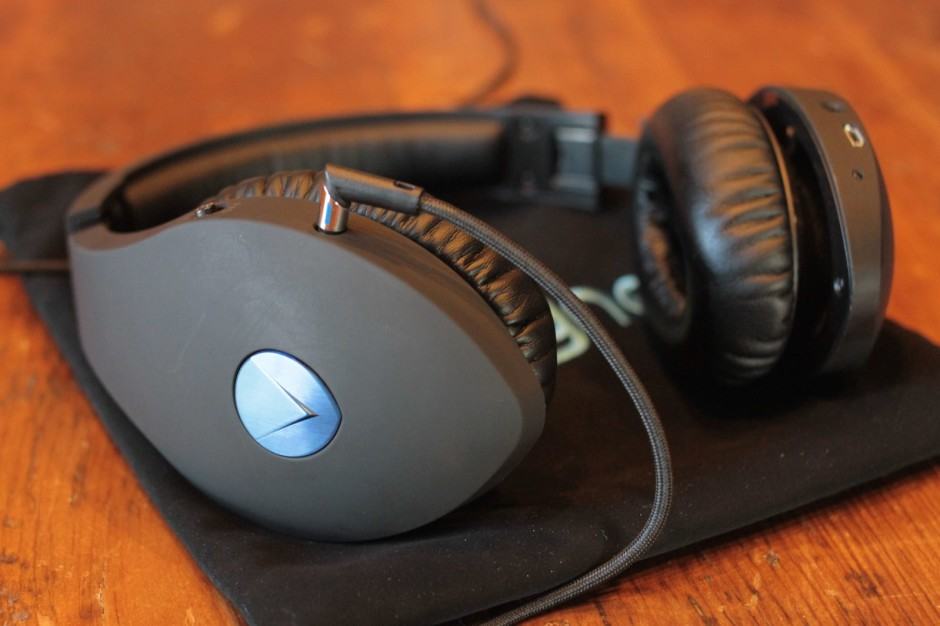 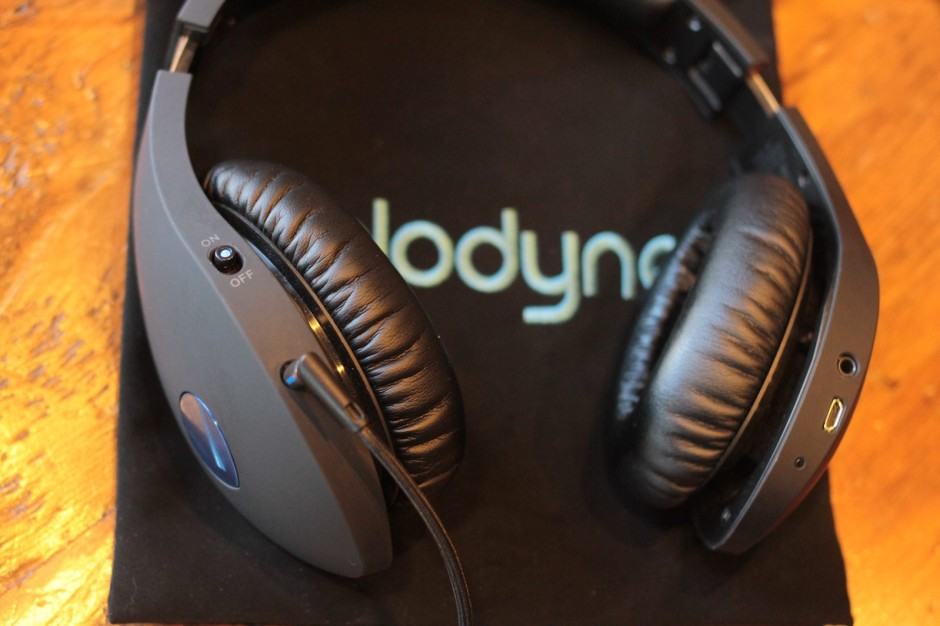