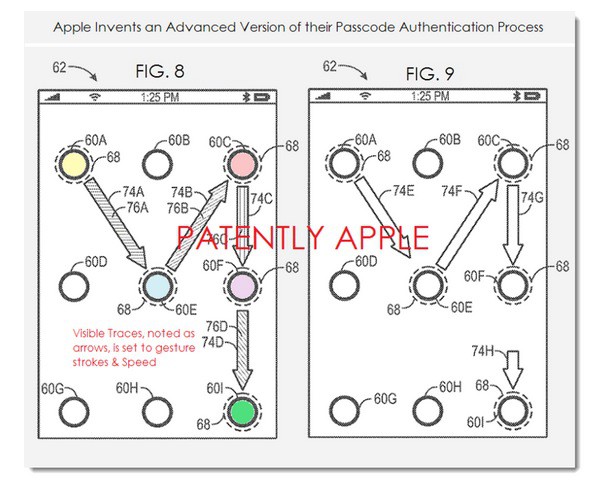 One of Apple’s most famous patents is slide-to-unlock, a method of waking up a touchscreen smartphone that has proven to be one of the most valuable in Apple’s arsenal. Now, Apple is trying to patent a similar system that would use gestures to unlock an iPhone. And if that sounds familiar, it should, because Android already does it.

As spotted by Patently Apple, Apple filed in late 2012 for two patents covering ‘Gesture entry techniques’, in which a touchscreen device would be unlocked by having a user drawing a custom pattern on a screen between a series of illuminated dots.

That’s very familiar. Android does this exact same thing, basically to get around Apple’s slide-to-unlock patent. Apple’s system is more advanced, true. It can account for variables such as swiping speed, the use of invisible dots, and more. But still, this is a play out of Android’s handbook.

Apple’s invention generally relates to electronic devices, and more specifically to techniques for entering authentication gestures into electronic devices. Today’s invention revelations add to the secure measure of Apple’s Touch ID. Apple notes that the invention relates to the use of security measures based on non-alphanumeric inputs that are user configurable (as opposed to purely biometric inputs) to control access to restricted information or functions.

Don’t expect to see this system in iPhones any time soon, though. It seems more likely that Apple will put all of its focus into TouchID.