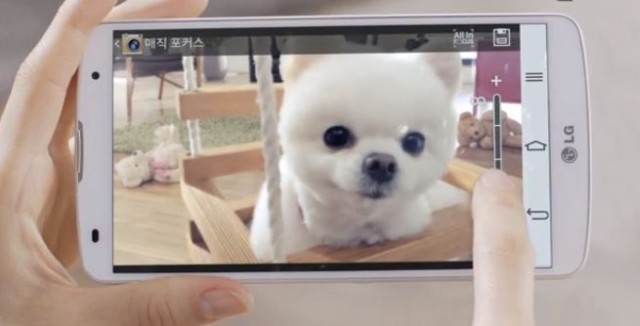 Remember the creepy LG G Flex ad from last week? Well, the Korean manufacturer has now made amends for that with its new commercial for the LG G Pro 2 phablet. This ad speaks of the smartphone’s ‘Magic Focus’ feature which is very similar to the near and far focus features from the Samsung Galaxy S5.

This very short ad shows a girl playing with a dog and then shows off how the Magic Focus feature works with good accuracy. Although this is only an ad, it appears to function quite well. In hindsight, LG could have probably done something similar with its G Flex commercial too, but it seems like the company’s urge to go viral took precedence over everything else.

The G Pro 2 is expected to break cover in the coming weeks as LG embarks on a global roll out of the smartphone. The phablet is already available in South Korea since late February.

Watch the video below to check out this nifty little camera feature from the upcoming LG flagship.