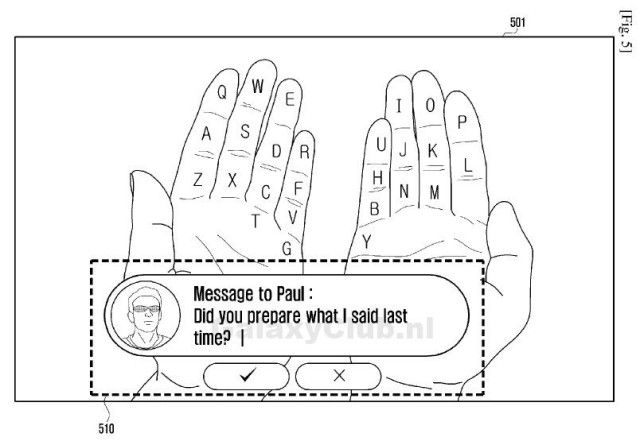 Samsung has been known to be working on a Google Glass competitor of its own in its research labs. And a new patent filing might have inadvertently given away some of the details of this new device known as “Samsung Glass”. The patent images also reveal that the manufacturer is working on a feature which involves augmented reality, allowing users to see a physical keyboard almost anywhere, including their palm.

Other images show that users can control what orientation they want the dialer or the keyboard to be in. Looking at these mock ups, it seems like Samsung is taking this concept more seriously than we thought, or so it seems. The camera could have a crucial role to play in this as the device will have to register presses based on the user’s touch, which can only be tracked by the camera on board.

Samsung reportedly had the idea to implement voice based actions and a keyboard which can project itself from the device, but eventually dropped them citing cost and practical reasons. It is rumored that this new wearable from Samsung will break cover in late 2014, possibly along with the Galaxy Note 4, so we might be in for a big surprise this September. 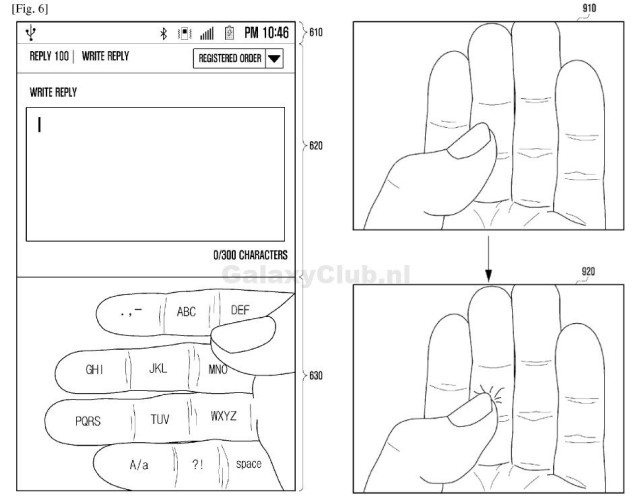