NVIDIA’s Tegra K1 superchip was announced last month during CES, and the company mentioned at the time that the chip wouldn’t make its way to the market for another few months. However, the AnTuTu benchmarks app appears to have already stumbled across a tablet running the new CPU — hinting at a launch sooner than expected.

The tablet is revealed to feature Android 4.4 KitKat, 2GB of RAM, and a 1920 x 1200 resolution display with no mention of the size. The Tegra K1 chip used here is said to be of the 4+1 configuration with a clock speed of 2.1 GHz which, is slightly underpowered compared to the 2.3 GHz unit shown off by NVIDIA last month.

This could well be a pre-production unit which NVIDIA works with extensively before the major release of its chipsets. It is expected that the company will build its upcoming Tegra Note reference device with the new processor included. 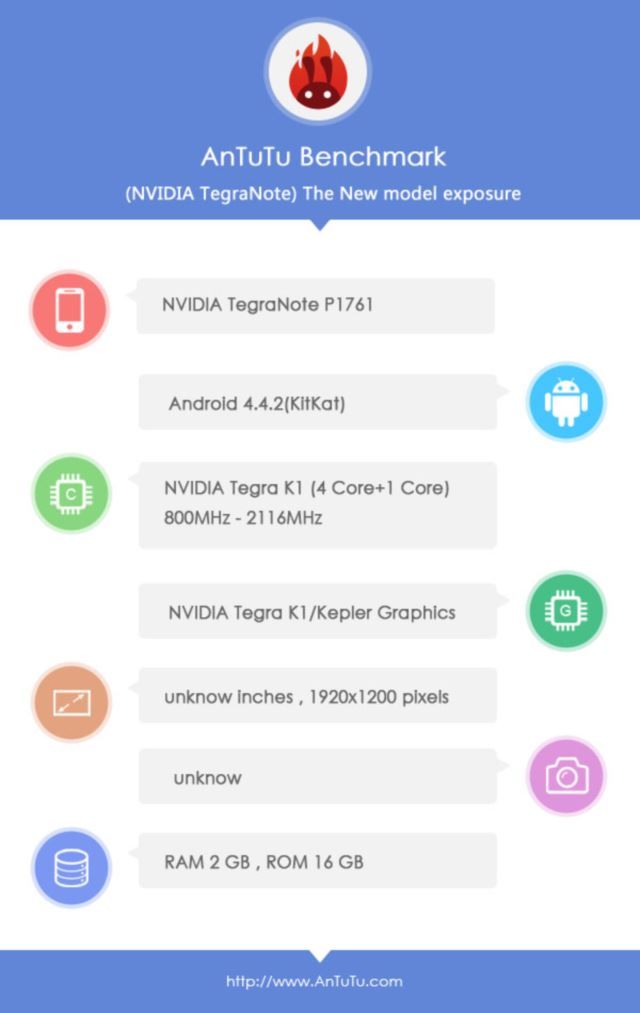