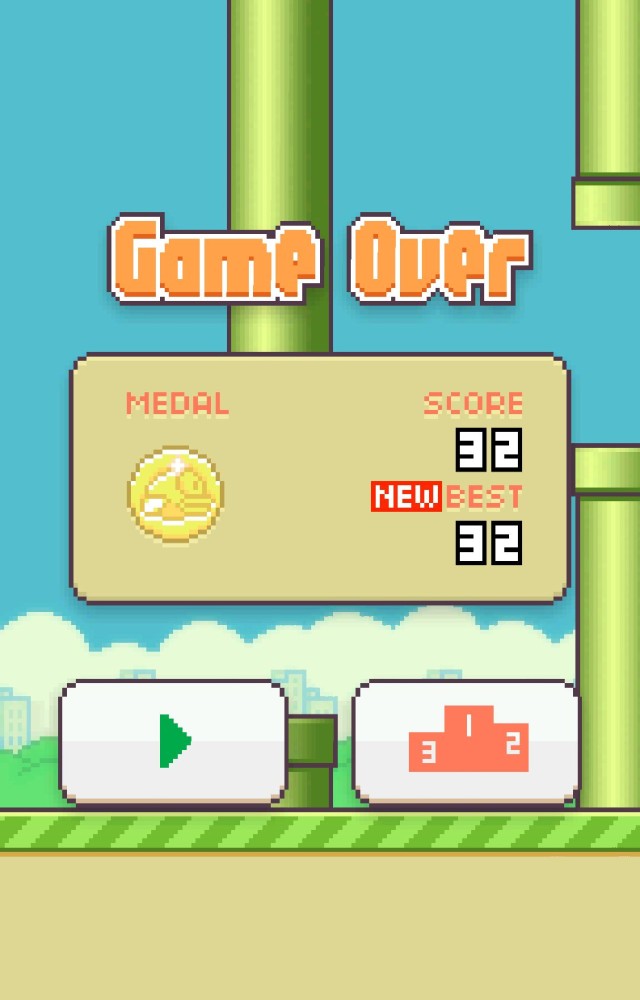 After being bombarded with Flappy Bird clones, it appears that both Google Play and the iOS App Store have started rejecting all new apps featuring the word “flappy” in their titles.

The move was publicized by developer Ken Carpenter of Mind Juice Media who took to Twitter to reveal that his game, Flappy Dragon, was rejected during the iTunes authorization process because the “name attempts to leverage a popular app.”

Other mobile developers are reporting that the same is also true of Google Play, who are treating the word “Flappy” as spam.

Carpenter has said that he’s currently in the process of resubmitting his game with the title “Derpy Dragon.”

Flappy Bird, as the world now knows, was removed with little warning by its creator Dong Nguyen, on account of what he claims were the app’s unintended “addictive” qualities.