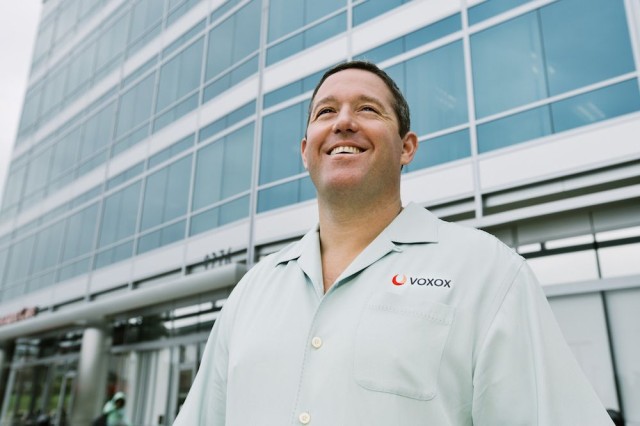 Over the next three months, PokeTALK’s service will be phased out as Voxox absorbs PokeTALK’s weighty, 600,000-strong user base (the company will toss users a bone in the form of 100 free minutes if users stick with Voxox).

There’s more here though. Not only will Voxox gain PokeTALK’s tech, but the deal comes with the latter’s bevy of contracts — agreements in some form with Lenovo, HP and Samsung. The last name is of significant interest here, as it apparently means the Voxox app and service might start showing up pre-installed on Samsung tablets, which may be a pretty big deal. From the press release:

“Our acquisition of PokeTALK, and the ensuing relationships with OEMs such as Lenovo, enables Voxox to become a de facto communication service for new and existing users from the moment they turn on their new device.”

On the other hand, I asked Voxox how far along PokeTALK’s deal with Samsung was, and the answer came back: not very far.

Voxox is pretty gung-ho though, saying on the press release that it “expects these relationships to yield from 5 to 20 million pre-installed links to its service on tablets and laptops from those manufacturers.” How many of those millions are on Samsung tablets remains to be seen.